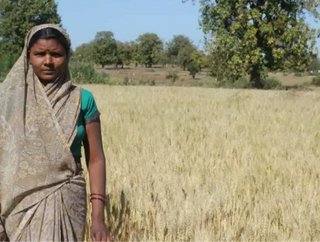 Created in partnership with the Mary Robinson Foundation, the Glasgow Caledonian University Climate Justice Resource Hub was launched at the Scottish G...

An audience of international businesses, civic society and leading thinkers from across the globe heard that the new resource hub will bring academia’s best and most influential research to a wider audience, including campaigners, teachers and charities.

“The need for this research repository has never been greater – the Hub is the first single portal through which good quality information and knowledge-based research can be accessed on the climate change agenda and in particular its social and economic impacts in developing countries,” said Professor Tahseen Jafry, who led the GCU team in creating the database.

“We have worked to make this important data available to a wide range of different groups. I hope users return to the hub many times, that it will spark new debates and partnerships, and that it will be used to underpin teaching and world-class research in the area of climate justice,” Jafry said.

Climate justice is based around the idea that the world’s most developed nations, who through centuries of high carbon emissions have contributed most to climate change, have a moral responsibility to help those less well developed nations who are experiencing the worst effects of the changing world climate, such as increasing numbers of famines and floods.

The new GCU Climate Justice Resource Hub is linked to a similar project, again supported by the MRFCJ, which stores and summarises all the climate justice research originating from Irish universities.

“I congratulate the GCU team on taking the lead in creating this very valuable repository for knowledge and reliable information on the very many complicated and intertwined issues arising from climate change and the need for an ethical approach to its impact on the developing world,” Robinson said. “I look forward to continued partnership and collaboration with the university in the furtherance of global understanding of this massively important challenge.”

Professor Pamela Gillies, principal and vice-chancellor of GCU, said: “GCU is privileged to partner with Dr. Mary Robinson and the expert team at her inspirational foundation, to produce a unique database on climate justice. This resource will help scholars and practitioners identify and harness effective solutions in this challenging arena.”

The GCU team selected and summarized 1,200 articles on a range of topics linked to climate justice, including strategies to deal with changing global temperatures, food security, gender and human rights.

The summaries will be free to access on a new website created by GCU (www.gcu.ac.uk/climatejustice), ensuring that the debate around climate change, and climate justice, is supported by the highest quality available evidence.

The team systematically reviewed existing literature to identify and profile peer-reviewed and published research, using the same system to select the papers as is used to create the world’s most prestigious medical research libraries.