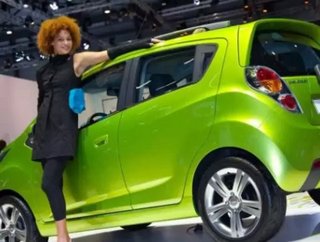 Over ten years ago, it was General Motors (GM) to become the first major automaker to mass-produce electric vehicles. In the late 90s, GM&#39;s EV1 was...

Over ten years ago, it was General Motors (GM) to become the first major automaker to mass-produce electric vehicles. In the late 90s, GM's EV1 was an electric car with huge potential, with support from the California Air Resource Board (CARB) and waiting lists that outpaced production. When GM decided the cars were not profitable, they literally crushed virtually every EV1 ever made, leaving only a few non-drivable models for museums to reminisce on the days fully electric, efficient cars were once a reality.

The controversial discontinuation of the EV1s broke the hearts of many consumers and EV1 advocates, exemplified in the documentary Who Killed the Electric Car? The director, Chris Paine, now has a new film called Revenge of the Electric Car, following the global resurgence of electric cars mainly from Nissan, GM, and Tesla.

“Ten years after they killed the electric car, it's back,” boldly reads the introduction to the film's trailer:

The truth is, the first major fleet of electric cars hitting the road posed a major threat to the oil industry. A decade later, the green economy has more clout. The oil industry is approaching a tighter market and consumer demand for alternatives is higher. With the same intensity automakers once shut down their premier electric vehicles, they are now racing to build the world's greenest cars.

Hype around GM's leadership in electric vehicle (EV) rollout has lagged behind. GM's 2010 Chevy Volt introduced a semi-electric car, capitalizing on the consumer fears of running out of battery and getting stranded, but less than 4,000 actually sold. GM's stock has gone down over 30 percent since its IPO last November, with expectations of the Volt failing to hit targets.

Set to be produced at a plant in White Marsh, Maryland, the Spark's 85 kW, 114 hp motor will use nonophosphate lithium-ion batteries supplied by A123 Systems and have permanent magnet and induction motors. GM expects other vehicles in the future to run on propulsion motors, while nine of its vehicles already use electric motors as part of the propulsion system. According to GM's Chief Engineer Pete Savagian, each of its electric motors has three long lives of 200k miles each.

“We’ve spent the past few years highlighting our in-house battery capability, which will play a significant role as one of our core competencies going forward,” said Larry Nitz, GM executive director of Vehicle Electrification Engineering. “Electric motor development and manufacturing is another area of expertise we’ll need as we expand vehicle electrification technologies to address the needs of our customers around the world.”

Until recently, electric cars have been held back in the US market due to a lack of choices, high price tags, poor infrastructure for charging stations and low fuel prices. But as the industry faces requirements to produce more fuel-efficient cars by 2025, the competition to build the greenest, sexiest electric cars has stimulated growth and innovation between competitors.

"We welcome competitors into the market," Mark Perry, director of product planning for Nissan Americas, told Reuters. "We're glad that GM has decided to go pure electric. This brings further validity to the segment."

Under GM Chief Executive Daniel Akerson, GM's fourth CEO since 2009, the company has pursued electric vehicles aggressively and is using the new Spark as a way to recoup some of the lost investment in the Volt. By mass-producing electric vehicle technology, as it did in the 90s, the cost of the cars would make them a fraction of the cost of the $40,000 Volt.