Go Green Before Dec. 31 and Uncle Sam will Help 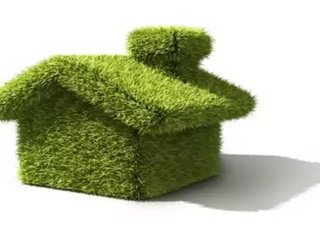 Before the New Year begins, it may behoove you to make some energy-saving home improvements before some of the tax credits for doing so expire Decembe...

Before the New Year begins, it may behoove you to make some energy-saving home improvements before some of the tax credits for doing so expire December 31, 2012. Forbes has put together a list of energy efficiency upgrades you can make and other tax breaks to take advantage of over the next week. The Alliance to Save Energy's consumer tax guide details which improvements count.

1. Home Improvements: A 10 percent tax credit is available for many energy-efficiency upgrades, including insulation, new windows, air conditioning and heating equipment, etc... Review the Alliance to Save Energy's consumer tax guide to see which upgrades are green enough to count.

3. Residential Charging Stations: Though they're not required for electric car owners, they do speed up the time to charge cars and there's a 2011 federal tax credit equal to 30 percent of the cost of installing one (maximum of $1,000 credit).

4. Car Conversion: Converting a gas-guzzler into a plug-in car with an electric car conversion kit will allow for a federal tax credit of 10 percent of the total cost (maximum credit of $4,000).

6. Green Commuting: Bus, train, subway and van-pool commuters can put away up to $230 a month, provided their employers offer a pretax plan. It will most likely change to $125 a month on January 1, 2012.

7. Home Solar: Installing home solar panels will get you a tax credit equal to 30 percent of the price. Fortunately, this break will be available through 2016.

8. Home Geothermal: Like solar panel installations, a tax credit for 30 percent of the total cost of installing a geothermal unit will be available through 2016. Typical installations run around $18,000, meaning a $5,400 credit.

9. Wind Energy: A basic residential windmill runs $40,000, but again, a federal tax credit is available to offset 30 percent of the cost through 2016.

10. State Incentives: In addition to federal tax incentives, many states offer locals additional breaks or rebates from utilities and manufacturers. A complete list of green incentives can be found at North Carolina State University's Database of State Incentives for Renewables & Efficiency.