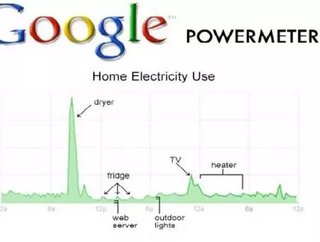 Cloud computing has opened the gateway to developing useful web-based tools for just about any application imaginable. Considering that the energy indu...

Cloud computing has opened the gateway to developing useful web-based tools for just about any application imaginable.  Considering that the energy industry is the top grossing industry in the world, it only makes sense that the cloud would serve as the testing grounds for various energy-related software applications.  That was the intention when Google launched its cloud-based PowerMeter app, which allowed users to track their home energy use online from any location with Internet access.  However, just two years after its creation, Google is retiring the PowerMeter tool.

Google will close the service, which was launched in 2009, due a lack of consumer adoption.  The effective close date will be September 16, 2011.

Google’s official explanation for dropping the PowerMeter service is as follows:

“We first launched Google PowerMeter as a Google.org project to raise awareness about the importance of giving people access to their energy information. Since our launch, there’s been more attention brought to the issue of giving consumers access to their energy data and we’re excited that PowerMeter has helped demonstrate the importance of access to energy information. However, our efforts have not scaled as quickly as we would have liked, so we have decided to retire PowerMeter.”

While Google’s announcement may inconvenience those who have taken advantage of PowerMeter, there are several other similar home metering platforms available that can offer the same or more advanced services.  Examples include, the UK Smart Energy Cloud and Hewlett-Packard Labs’ Home Energy Manager.  Farwell PowerMeter, while you have been helping many reduce their energy consumption, the very idea of people monitoring themselves is still slow to catch on.