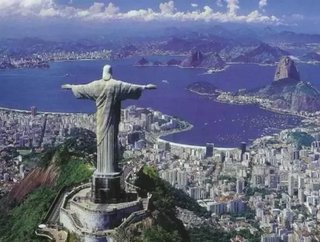 World leaders in green development traveled to Rio de Janeiro, Brazil last week to discuss sustainable infrastructure as the city prepares for the upcoming World Cup and Olympic Games.  Participants to the collaboration included representatives from the U.S. Environmental Protection Agency (EPA), leaders from C40 cities such as Philadelphia Mayor Michael Nutter, and businesses like Microsoft, Morgan Stanley, Alcoa, CH2M Hill and even Harvard University.  The group intentions were to both learn and share ideas about how Rio de Janeiro will go about its alleged $200 billion infrastructure upgrade in time for the upcoming events.

The group of business and government leaders visited Rio for three days.  The collaborative effort was set up by U.S. President Barack Obama and Brazilian President Dilma Rousseff following a meeting between the two in March.

Among the representatives were leaders of C40 cities—an international group of cities that have aligned on climate change and sustainability issues.  Striving to make his city the “greenest in America,” Philadelphia’s Mayor Nutter was selected by the EPA to join the group because of his position as a national leader in urban redevelopment and sustainability.  Nutter was the only elected official to attend and the EPA reportedly fronted the bill.  Mayor Nutter said Philadelphia “has a lot to learn from Rio,” but believes he can provide them a few lessons as well.

Businesses like Microsoft and CH2M Hill were also on hand.  CH2M Hill is currently transforming London into the Olympic city for 2012’s summer games.  Holding the majority of development contracts for the newly constructed Olympic facilities in London, CH2M Hill may be eyeing Brazilian contracts in the near future for both the country’s infrastructure upgrades and game facilities development. “Brazil is an important part of CH2M HILL’s international operations, and we are committed not only to expanding our services and resources, but also to fostering an exchange of ideas and talent between Brazil and the United States,” says Lee McIntire, CH2M HILL Chairman and CEO and member of the U.S.-Brazil CEO Forum. “We are grateful to EPA Administrator Lisa Jackson and Presidents Obama and Rousseff for providing opportunities such as this forum to foster a strong and collaborative relationship between the two largest economies of the Americas.”

EPA administrator Lisa Jackson said, "With the significant investments in sustainable urban growth that Rio is making in the next four years, it is essential that we go there to both learn and share our expertise. We want to be part of activities that can create new jobs for American companies and foster cleaner, greener communities for the American people."