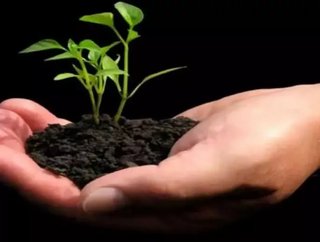 Elon Musk has played an integral role in the development of the Tesla Motors brand. Musk manages product strategy for the business, which includes the design, engineering and manufacturing of electric vehicles. The business aims at making electric vehicles readily available, at an affordable price, for everyday consumers.

Musk’s role as Chairman and Product Architect put him at the forefront of design development for the highly-progressive Tesla Roadster. Musk received the Index and Global Green award for his work on the Tesla Roadster as well.

Musk became CEO of Tesla Motors in October of 2008, overseeing day-to-day operations as the company increased its Roadster production. He has also led its development of a second vehicle with the Model S, an all-electric family sedan.

Musk was responsible for securing a $50 million investment and strategic partnership with German-based Daimler in May of 2009, as well as launching Tesla’s regional sales and service centers throughout two continents.

Musk has held a strong interest in the development of electric cars for two decades. He earned his Bachelor’s degrees in Business and Physics from the University of Pennsylvania.

California-based Solyndra serves the global solar community and is best known for its innovative, cylindrical rooftop technology. The product is currently installed on over 500 rooftops around the globe, including the rooftops of well-known commercial buildings. The technology delivers a light-weight option, plus fast and easy installation. Customers have seen firsthand the success of converting underutilized rooftop space into renewable energy from the sun. The technology is considered to be the best solution for rooftop power generation.

Most recently the company installed its solar systems in Prague and Germany. Solyndra was named “One of the 50 Most Innovative Companies in the World” by MIT Technology Review Magazine in 2010.

Brian Harrison is relatively new to the Solyndra family, having been appointed President and CEO in July of 2010. He brought to the business a wealth of experience gained by working with big-named companies like Numonyx Inc and Intel Corporation. Harrison has maintained multiple senior positions throughout his career. He earned a Bachelor’s degree in Chemical Engineering from Stanford University and an MBA from Santa Clara University.

Mendel Biotechnology works toward improving plant productivity and quality in order to better serve the global bioenergy industry. The company has partnered with some major players in the biofuels sector, including Monsanto and BP. The company was established in 1997, with the goal of meeting global agricultural and energy production demand. The company is headquartered in the U.S. with operations throughout the U.S. as well as in Europe and China.

Mendel is committed to becoming a premier biotechnology business that provides new genetic and chemical solutions to large agricultural companies. The company aims to become the leading seed company that serves the bioenergy industry.

Neal Gutterson has been CEO of Mendel since February of 2007, having originally joined the company in 2002 as VP of Research and Development. In 2005, Gutterson was promoted to President and COO before he began his tenure as CEO. He is also an active member of the Board of Directors with the company.

Gutterson has been involved in plant biotechnology since 1983, bringing extensive experience to Mendel. Gutterson earned a Ph.D. in Biochemistry from the University of California, Berkeley, and a Bachelor of Science degree from Yale University.

He serves on the executive committee of SCRA to support regulatory approval of biotech specialty crop products; is a member of the Food and Agriculture Section; serves on the Industrial and Environmental Section Governing Boards of the Biotechnology Industry Organization; and serves on the steering committee of CSBP, Council for Sustainable Biomass Production.

Scott Lang began his tenure with Silver Spring in 2004 as the founding chief executive. Lang brought to the company over 25 years of experience in the services and utility industries. He earned a Bachelor of Science degree in Business Administration from the University of Mississippi as well as an Executive MBA from The Kellogg School of Management at Northwestern University.

Under the leadership of Lang, the company was recognized as a 2008 World Economic Forum Technology Pioneer. Lang was named 2009 Entrepreneur of the Year by Ernst & Young in the clean technology category, and Responsible CEO of the Year in the category for private company by CRO Magazine.

This innovative company is best known for the development of its N-1000, 1-megawatt, two-blade wind turbine, which is considered lighter, and easier, to maintain and install. The turbine also offers a lower overall cost than traditional wind turbines, and is geared toward community wind, onsite generation and smaller wind farms. Since 2007, the company has invested over $36 million in technology. Nordic Windpower started out in Sweden, and is now based in the U.S. and in the UK.

Tom Carbone has plenty of wind energy technology experience under his belt. Carbone founded the renewable energy advisory firm, Reliablenergy, LLC and joined the Americas division of Vestas Wind Systems in 2003. He had served as president at Vestas from 2004, and tripled the company’s yearly order-intake from $300 million to over $1 billion. He also headed up Wartsila North America, growing the business to an installed base of 8,000 megawatts total.


Read this story in our digital magazine: http://www.energydigital.com/magazines/3624