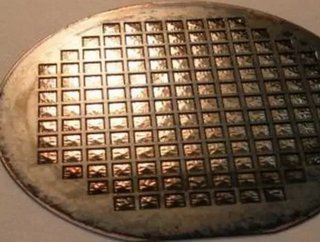 Written By: John Shimkus Thanks to advances in nanotechnology, solid-oxide fuel cells have become thinner than ever while retaining the same power outp...

Thanks to advances in nanotechnology, solid-oxide fuel cells have become thinner than ever while retaining the same power output as their bulkier predecessors. This helps reduce the need for expensive component materials like platinum and yttrium. The problem, however, comes in trying to scale-up the paper-thin fuel cells, which are extremely fragile. Harvard University researchers in collaboration with Allied Minds have formed SiEnergy Systems, LLC to come up with the solution.

Harvard’s nanotechnology researchers have created a honeycomb-like grid to support the thin-film fuel cell. The metal wire grid helps maintain the fuel cell’s structure while also acting as a conductor. The design has proven in lab tests to provide a total output of 20 mW, the most of any thin-film solid oxide fuel cell to date. What these researchers have essentially done is proven that nano-scale thin-film fuel cells can be made scalable in size with the aid of the honeycomb grid buttress.

“Although proof-of-concept nanometric thin film SOFCs operating at 350-550°C have been demonstrated before, their scalability has remained a significant challenge till now. We have successfully demonstrated scalability of nanometer thin film SOFC technology through careful optimization of metallic grid design and oxide deposition parameters,” says Dr. Masaru Tsuchiya, Principal Scientist at SiEnergy.