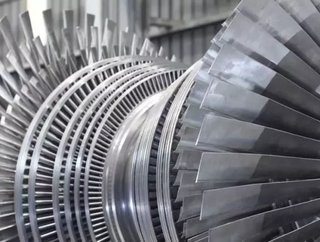 Hitachi Ltd. plans to partner with Mitsubishi Heavy Industries and Siemens in a bid to acquire French multinational company Alstom’s energy business.  MHI and Siemens are currently deciding whether to submit a joint proposal to Alstom that would rival a $17 billion bid from GE.

Longtime partners Hitachi and Mistubishi Heavy—both based in Japan—are considering offering $5 billion for Alstom’s steam turbine assets, while Siemens may match that for Alstom’s gas turbine division.  Alstom’s steam turbines account for more than twenty percent of global installed capacity, and more than 30 percent of nuclear power stations currently use them.  There was no indication that the proposal would include Alstom’s wind turbine business.

In May, Mitsubishi Heavy President Shunichi Miyanagi expressed the company’s interest in accelerating its global expansion through mergers, acquisitions and alliances.  The company and its potential partner could certainly benefit from access to Alstom’s clients throughout Europe.  Neither Mitsubishi Heavy nor Hitachi Ltd. currently have much presence in the region and intend to sell other technologies such as clean-coal power stations and nuclear equipment.

Mitsubishi Heavy has been paying down debt and cut its debt equity ratio in half between 2010 and 2013 while increasing its cash reserves to nearly $4 billion.  The deal follows a major reorganization for the company that involved the consolidation of nine business divisions into four domains for the business year that began in April.

The potential acquisition is in alignment with Japanese Prime Minister Shinzo Abe’s call for more exports of Japanese coal technology and nuclear equipment to increase growth.  Abe has often lauded Japan’s ability to build increasingly efficient coal plants that help reduce emissions, including technology that was developed by Mitsubishi Heavy.  As Japan distances itself from atomic energy following the Fukushima disaster in 2011, Abe is also pushing for domestic companies to build their first nuclear plant overseas.

In a separate deal, Siemens is also proposing to combine its rail activities with Alstom's.  The French government has actively lobbied for the deal, saying it would create a European rail champion.