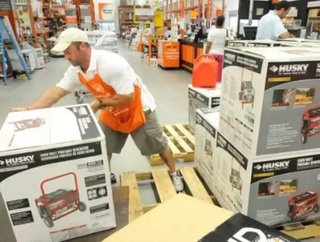 Hurricane Irene is about to slam into the east coast of the United States. As if the earthquake earlier this week wasnt enough to shake up the region...

Hurricane Irene is about to slam into the east coast of the United States.  As if the earthquake earlier this week wasn’t enough to shake up the region, a massive storm is going to wreak havoc on communities along the U.S. coast, and both communities and businesses are preparing for the onslaught.  Stores like Wal-Mart, Home Depot, and Lowe’s are seeing unprecedented sales of disaster preparedness goods such as generators, flashlights, batteries and more.

Throughout North Carolina, where the storm is expected to strike first, lines at the Kitty Hawk Home Depot have been out the door, and the Ace Hardware store in Elizabeth City has reported tripled sales.

"It's always like this just before a storm," said Home Depot employee John Robbins. "With everyone saying this is going to be a bad one, no one is leaving anything to chance."

However, while stores may be seeing a boom in sales now, storm like this traditionally result in a dramatic drop in shopping as would-be customers hunker down in their homes to avoid the brutal conditions outside.  Weather research firm Planalytics estimates that hurricane Irene will stop 80 million shoppers form hitting stores this weekend.  This is going to be a further hit to retailers as this is a crucial back-to-school weekend, and most stores pull in roughly 25 percent of their yearly earnings at back-to-school time.

The current demand for hurricane supplies might help balance the loss in earnings over the weekend when the storm hits. "It's unlike anything we've seen in the modern era," says Planalytics COO Scott Bernhardt.

The top two hone improvement stores in the U.S., Home Depot and Lowe’s Inc., both have their own logistics processes for disaster situations.  Their teams are working to ensure adequate supply of hurricane supplies needed before, during, and after the storm.  Items like generators, flashlights and batteries are at the top of the list.  The companies are also focusing on cleanup supplies in case of flooding.

Wal-Mart is working closely with the Federal Emergency Management Agency to make sure its stores have all the items to comprise the agency’s emergency preparedness kits. "We've been activated since last week since this started. We're pretty much monitoring and coordinating on a regular basis as Irene is moving up the East Coast," says Wal-Mart Stores Inc. senior director Mark Cooper.