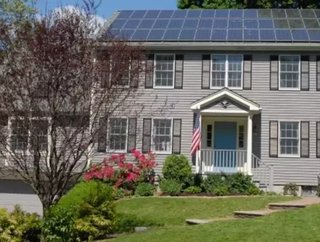 TO ENHANCE YOUR READING EXPERIENCE, CLICK HERE TO VIEW THIS ARTICLE IN OUR INTERACTIVE READER! Written by Jonah Heller As our planet embarks upon a tim...

As our planet embarks upon a time of critical importance with respect to the environment and the way humans interact with it, the importance of developing and discovering new alternative energy sources will become increasingly eminent. Whether it's wind, tidal energy, biofuel, geothermal, or any other emerging technology, the source that seems to consistently garner the most attention is one we interact with on a daily basis: solar, energy from the sun.

Possibly due to the fact that we schedule our lives around its rise and set pattern, solar is engrained in our minds to the point that for many people it's the first thought when discussing topics such as sustainability, energy, and the environment.

But solar isn't just on the minds of individuals, large corporations have started to make massive capital investments in solar. Google's recent investment of $280 million in SolarCity will help the solar contractor headquartered in San Mateo, CA to deploy between 7,000 to 9,000 rooftop solar energy systems in the coming years. The move represents Google’s single largest investment in clean power, which in total ($680 million to date) rivals the size of a large green-tech fund or venture capital firm, as well as the Department of Energy.

When asked about Google's intention to make additional investments, Rick Needham, Director of Green Business Operations at Google, stated that, “If we find attractive opportunities that meet our criteria, then we’re willing to make more large-scale investments.” Some of Google's other investments include Shepherds Flat, which will be the world's biggest wind farm, an 845 MW facility currently under construction in Oregon, a solar thermal project in the Mojave Desert, as well as a handful of green-tech startups.

With so much attention focused on solar and other major news breaking developments, what is often overlooked are the simple, inexpensive, and money saving investments that can be made to improve the energy efficiency of the things we already use. For example, in the United States buildings account for approximately 40% of total energy consumption and produce 40% of our carbon emission, therefore anything we can do to decrease these percentages is money saved.

In a speech given at a Virginia Home Depot in 2009 President Barack Obama stated that “The simple act of retrofitting these buildings... is one of the fastest, easiest, and cheapest things we can do to put Americans back to work, wile saving money, and reducing harmful emissions.” The President would later go on to say that, “insulation is sexy!”

But it's not just the president calling for action with respect to energy efficiency across the United States. Other political figures are getting involved as well, Congressman Peter Welch known for his strong leadership position on energy policy has been quoted as saying “we should have the policy of efficiency first”.  In fact, one San Francisco based non-profit corporation believes in this message so much that they've taken to calling themselves exactly that, Efficiency First, and are dedicated strictly to the importance of building performance retrofitting.

But perhaps the most compelling argument for investing in energy efficiency can be made by the U.S. Department of Energy who has said that “Over $20 billion dollars of electricity is unusable energy, but billable in the US.”

So what can be done? Well, taking the lead from President Obama we can start with insulation. Walls that lack or have poorly installed insulation are a great opportunity for savings. Because it costs a lot of money to condition the air in our homes (both heating and cooling), when that conditioned air leaks its like money blowing out the window.

Another great place to improve our energy efficiency is in our appliances, and the top three household energy hogs that we all use are the water heater, clothes dryer, and refrigerator/freezer. Older less efficient models can be a huge source of wasted energy, and upgrading to EnergyStar Qualified appliances will typically pay for itself in just a few short years.

But no matter where you start, improving your energy efficiency before going solar can be a very simple, inexpensive, and money saving investment. Then, if you really want to be green, you can take the money saved from efficiency and use it to finance the solar panels you've always dreamed of.