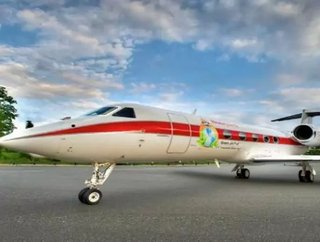 Five Gulfstream aircraft traveled on October 27 and 28 from Gulfstream's headquarters in Savannah, Ga., to Orlando, Fla., for the NBAA convention, the world's largest civil aviation tradeshow.

Both engines of the aircraft were powered by a 50/50 blend of Honeywell Green Jet Fuel and petroleum-derived jet fuel. The renewable fuel was made with natural oils from camelina, an inedible plant that grows in conditions where other food crops cannot. This marked the first time Gulfstream's entire fleet has flown on renewable jet fuel.

In 2011, a Honeywell-operated Gulfstream G450 became the first aircraft to fly from North America to Europe with a 50/50 blend of Honeywell Green Jet Fuel and petroleum-based jet fuel, powering one of the aircraft's Rolls-Royce engines. It was also the first business jet to be powered by a biofuel.