The hoopla of the Hyperloop 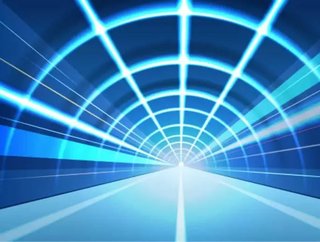 Have a hankering for a Dungeness crab dinner at Fisherman&#39;s Wharf in San Francisco, but then want to have dessert while checking outSunset Stripin...

Have a hankering for a Dungeness crab dinner at Fisherman's Wharf in San Francisco, but then want to have dessert while checking out Sunset Strip in Hollywood? That's a crazy request, right? You would need something out of science fiction to transport you that distance, that fast.

Or maybe you just need the creative mind of Elon Musk.

The man behind the electric cars of Tesla Motors and the private space transport company SpaceX has thought of another way to travel – the Hyperloop.

Musk mentioned his idea, which would allow individuals to travel between Los Angeles and San Francisco in 30 minutes, earlier this year and the scientific, technology, and energy communities have since been all atwitter with speculation on how such a system would work.

Musk said it would be “a cross between a Concorde, a rail gun, and an air hockey table.” What does that mean? Will it be a giant pneumatic tube? It will all be done with high powered magnets, right? Air jets? Rubber bands and grease?

To move a person nearly 340 miles in 30 minutes you would need to be traveling at about 700 mph. To accomplish that there can be no friction and very little aerodynamic drag. Creating a vacuum would eliminate air resistance, but how would the vehicle be propelled? There is something called acoustic levitation.

According to Sebastian Anthony, of ExtremeTech.com, “This technique involves an acoustic phenomenon called standing waves — essentially, waves that are held in place by interference. If you imbue these waves with enough power (volume) and hit just the right frequency, you can levitate an object.

“Standing waves, as the name implies, don’t move — but [engineers] Björn Smedman and Charles Alexander both theorize that, if you pump these waves into a loop (which we assume the Hyperloop is), and change up the acoustic parameters slightly, then it might be possible to carry vehicles on the edge of these waves as they travel around the loop.

“If you pump enough power into the acoustic wave (i.e. increase the amplitude), the air density increases but the relative air velocity drops. In effect, the vehicle in the wave is stationary, in reference to its surroundings. Eventually, as the sound wave gets stronger and stronger, you achieve almost adiabatic travel — travel that loses no energy at all to the environment via drag or friction.”

The project would have a price tag of about $6 billion, which seems expensive until you realize that there is a high-speed rail service system being proposed to connect Los Angeles and San Francisco for about $60 billion.

Also, Musk insists his Hyperloop would not use existing tunnels and would be powered only by solar energy. Plus, he has said that this system “can never crash” and would be “immune to weather.”

Is he about to reinvent mass transportation or will this be his Segway (Dean Kamen’s overhyped personal transport vehicle)? The world will find out on Aug. 12 when Musk will reveal his plans for the Hyperloop. Then, perhaps, we can get back to enjoying that delicious Dungeness crab dish.