How to Influence the UK's Climate Change Bill 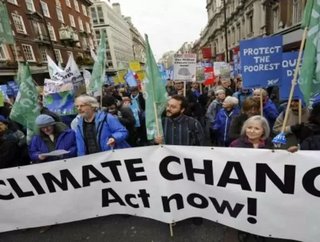 The Department of Energy and Climate Change (DECC) has invited companies to influence the latest Climate Change Bill and UK government energy policy...

The Department of Energy and Climate Change (DECC) has invited companies to influence the latest Climate Change Bill and UK government energy policy. This consultation period on the UK draft Energy Bill is open until January 31st 2013 and asks for ideas on how the Government can help businesses reduce their energy usage and therefore their cost. In response, carbon monitoring software provider Optimal Monitoring has created a free guide which addresses the opportunities the DECC consultation period presents for businesses and landlords to influence the Energy Bill. Within the guide Optimal Monitoring also identify three key areas which it feels need to be included in UK energy policy.

Duncan Everett , Managing Director at Optimal Monitoring explains, "On 29th November 2012, John Hayes , the Energy Minister, published the Coalition's much anticipated UK draft Energy Bill, setting out the various measures that will be enforced to ensure the UK's switch to 'a low-carbon economy' - and to attract the £110 billion investment needed to keep up with the nation's rising demand for electricity. However, within the climate change bill, the energy reduction element is by no means finalised, therefore the

DECC has embarked on a consultation period - open until the end of January - during which it is inviting ideas on how the UK government energy policy can help businesses reduce their energy and ultimately cost."

Optimal Monitoring address three key aspects within the eBook which they feel need to be included if this Energy Bill is going to have the positive impact required. These include:

Everett concludes, "The best solutions are often the simplest, but these can also be the easiest to overlook. We have been presented with a valuable window of opportunity and we must ensure we act before it is too late, don't miss the DECC's consultation deadline of 31st January. We have the chance to finally encourage positive change and we would implore all businesses and landlords to get in touch with the DECC. Have your say before it's too late!"