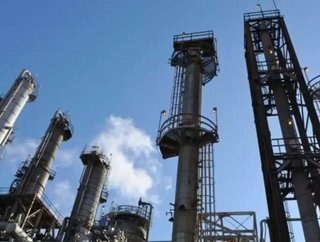 TO ENHANCE YOUR READING EXPERIENCE, VIEW THIS ARTICLE IN OUR INTERACTIVE READER! Written by Travis Jacobsen Where is the written rule that ethanol has...

Where is the written rule that ethanol has to be produced from precious food sources? Recently introduced technology enables large scale, ethanol production using conventional sources such as natural gas rather than corn or other food at costs that are nearly half of corn-based methods.

A Celanese Corporation research and development team in Clear Lake, Texas, developed the technology, called TCX™, making hydrocarbon-based ethanol a viable player among the world’s liquid fuels. Business media is already citing the technological breakthrough as a ‘game-changer’ (Forbes Magazine – Nov. 16, 2010) for global ethanol production since using hydrocarbons does not impact food supplies and prices or arable land. Instead, it provides a flexible and more cost effective ethanol source for industrial manufacturers and fuel refiners worldwide.

Corn-based ethanol has written its own story. Prices are unstable and escalating. In April 2011, U.S. corn prices spiked to their highest level since 2008, requiring massive subsidies paid by governments in several countries to make the use of corn-based ethanol economical. Corn as a feedstock is also inefficient. Consider the energy needed to plant, grow, harvest, refine and transport the corn for ethanol. Some estimate it takes more energy to create corn-based ethanol than it produces.

Finally, even if the entire supply of corn grown in the U.S., the world’s biggest producer, were converted to motor vehicle fuel, it would only fulfill about 25% of the U.S. gasoline demand. And the equation does not consider the impact on food prices.

Hydrocarbon-based ethanol shatters the paradigm limiting ethanol production sources. It opens doors to economical and efficient ethanol production without consuming arable land or competing with sources of food. Celanese will launch its TCX™ ethanol production in China targeting industrial ethanol applications. Chemically similar to fuel-use ethanol, industrial-use ethanol is a smaller, but rapidly growing, segment. The company has announced plans to construct one, and possibly two, greenfield units in China. Each site is capable of producing more than 1 million tons of ethanol and could be operational within 30 months of project approvals. Additionally, Celanese recently announced plans to accelerate its market entry by choosing to modify and enhance its existing integrated acetyl facility at the Nanjing Chemical Industrial Park with its TCX™ advanced ethanol technology. The modifications would add approximately 200,000 tons of ethanol production capacity by mid-2013, pending approvals, and would accelerate Celanese’s ethanol production project in China six to twelve months from its previous plan. Coal will be the feedstock for the Chinese ethanol production plants.

While Celanese initially targets the industrial-use market, it continues to advance plans for application of the technology in the larger transportation fuel-use market. China, with the world’s most rapidly growing transportation fuels and energy demand, is one of the company’s initial targets.

In addition to China, other countries or regions meeting these four major criteria are prime candidates for hydrocarbon-based TCX™ ethanol production:

As Celanese chairman and CEO Dave Weidman says, “While we are focusing on industrial uses at this time, we are also exploring opportunities to apply this technology to fuel ethanol applications in regions where the commercial environment is supportive.”

The benefits of hydrocarbon-based ethanol are clear. By using the most available and economically viable hydrocarbons in the region, Celanese’s innovative TCX™ technology has significant cost advantages over conventional ethanol production methods and will reduce an economy’s dependence on foreign oil and the use of arable land.

It’s time to look at ethanol production in a new way.