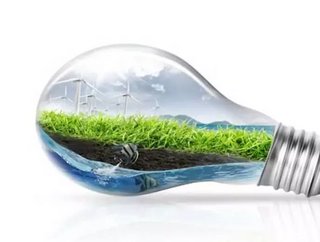 Click here to experience this article in our digital reader Written bySamuel Sterling of Verde LLC Renewable energy production has the inherent flaw...

Renewable energy production has the inherent flaw of the intermittency of its fuel source – the wind doesn’t always blow, the sun doesn't always shine, etc. For this reason, it is critical that new methods of energy storage are invented to make up for the times when electric supply is lacking.

The traditional approach, using chemical batteries, is expensive and has proven economically inefficient as batteries’ power storage capacity declines exponentially only a few years after commissioning. New approaches to energy storage have been developed and successfully employed, however, including using another storage medium – high energy hydrogen fuel.

Hydrogen is a powerful fuel source and has real potential for solving the intermittency problem for renewable energy generation. Today, there are two commercial plants and dozens of research plants using hydrogen in various configurations to store electric capacity from renewable energy, which is usually for wind powered generation. Using a device called an electrolyzer, electricity creates high-purity hydrogen gas which can be stored in tanks or underground for later use as demanded. When electricity is required – and the wind turbines or solar panels aren’t producing energy – hydrogen can be burned in a combustion turbine or a fuel cell to produce electricity.

Hydrogen making electrolysis devices have been around for nearly a century now, but thanks to the economic interest in the so-called ‘hydrogen economy’ over the past decade, there has been increased research and development into making them more efficient and for a lower cost. Verde LLC, for instance, has identified the opportunity in the clean-tech market and taken electrolysis R&D a step further.

Working with the National Renewable Energy Laboratory, Verde developed the first electrolyzers specifically tailored for accepting the unconditioned and intermittent power produced by wind turbines and solar panels. Improvements in electrolyzer design have led to market demand for hydrogen energy projects like one outside of Berlin, which generates hydrogen from wind power and uses it in a fuel cell for electricity and also provides fuel for a hydrogen car-fueling station. Another project in Canada takes extra output of a power plant to make hydrogen, saving the gas for later use in a combustion turbine, making the power plant much more efficient.

Grid stabilization and load management efforts by utility companies (ie “Smart Grid”) can be achieved through hydrogen backup storage, providing immediate generation to smooth supply at times when demand is not predicted properly. Traditional electricity generating technology, like gas and steam turbines for natural gas and coal fired plants, can take up to 30 minutes to stop in order to generate the demanded electricity supply. Hydrogen, on the other hand, is a much more powerful fuel source, starting combustion turbines in 10 minutes or less and from a fuel cell in seconds. Hydrogen generation can thus be used for peaking, and also for backup which is massively important for businesses that rely on steady power for biological monitoring and data management.

Because energy is stored rather than wasted when overproduced, hydrogen energy solutions enable energy generators to recoup original infrastructure investment (ie wind turbines) faster. This mitigates some risk of the volatile energy market where supply rarely coincides closely with demand.

Apart from using hydrogen to create electricity for the grid, it can also be used for transportation fuel and in many chemical processes as well. Hydrogen is a powerful energy carrier, and market prices for hydrogen are usually higher than available through the revenue generated through selling electricity alone. Therefore, while energy operators can primarily use any excess electricity to generate hydrogen for the purpose of stored electricity, the versatility of hydrogen enables them to also create a valuable product for other commercial markets.

In the next 5 years, the deployment of larger and more complex hydrogen energy systems is expected. Currently, there is research occurring at major turbine and fuel cell manufacturers for larger hydrogen powered electricity generators. This parallels the development of storage tanks and geologic exploration of underground caverns for mass scale hydrogen storage serving utility clients.

This technological innovation is all occurring within the framework of a political environment in modern and developing markets which are promoting not only the adoption of clean energy in general, but also the promotion of hydrogen based energy solutions more specifically. It is obvious that there is a paradigm shift in electricity generation and delivery beginning. This shift will be facilitated by energy storage and smart-grids, and hydrogen shows every indication that it will be at the center of this energy revolution.