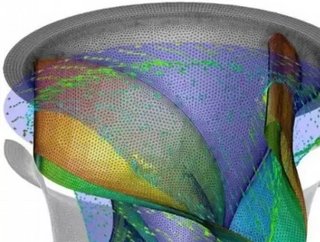 A revolutionary new design in turbine technology for hydropower plants is almost ready for commercial deployment. The Alden Fish-Friendly Turbine has...

A revolutionary new design in turbine technology for hydropower plants is almost ready for commercial deployment. The Alden Fish-Friendly Turbine has stirred great expectations for nearly everyone in the industry, promising to reduce fish injury and mortality while effectively maintaining power production.

While hydropower currently accounts for only 7 percent of the nation's electricity generation, it has tremendous potential. As with most renewable forms of energy, however, the technology is still relatively new and has other obstacles to overcome before it becomes a commercially viable option. The industry's main challenge has been developing a turbine system that minimizes disruption to sensitive ecosystems and marine life. So far, bypass technologies have been employed to help fish pass through the system unharmed, but are expensive and require a significant amount of power.

After over a decade of support from the Energy Department, scientists at the Electric Power Research Institute (EPRI) recently released the results of the first prototype test results of the Alden turbines. With a 98 percent survival rate for fish under 8 inches long and 99 percent survival rate for eel and sturgeon, the new turbines effectively maintain power production and are low enough in cost to give them significant export potential.

The EPRI is confident that these new designs will enable the ecologically-responsible development of thousands of megawatts of hydropower resources. However, the project still requires a three year demonstration and testing phase before it is ready for the market. If the results continue to hold true to the EPRI's findings, it has the potential to open hundreds of existing water power projects across the U.S.