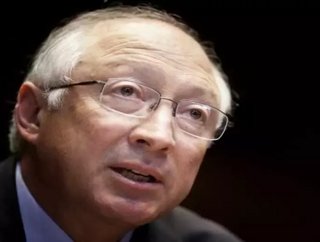 Interior Secretary Ken Salazar will retire from his position in March, with intentions of plans to return to Colorado to spend more time with his fami...

Interior Secretary Ken Salazar will retire from his position in March, with intentions of plans to return to Colorado to spend more time with his family.

Under the Obama administration, Salazar oversaw a moratorium on offshore drilling after the BP oil spill and promoted the use of renewable energy sources throughout the country including nearly three dozen solar, wind and geothermal energy projects (worth enough to power over three million homes). He also approved the nation's first offshore wind farm, Cape Wind, off the coast of Massachusetts.

He helped “usher in a new era of conservation for our nation's land, water and wildlife” and “expand responsible development of our nation's domestic energy resources,” President Obama said in a statement. Salazar, a former Colorado senator, entered the Senate in 2005.

Of course, he was most well-known for his handling of the 2010 explosion of the Deepwater Horizon rig in the Gulf of Mexico, one of the largest environmental disasters in the country's history. Following the spill, he called for an industrywide moratorium until deepwater operations could resume safely, despite the hardship it caused for the industry.

"We don't believe we ought to be drilling anywhere and everywhere," Salazar said in 2010, before the BP spill. "We believe we need a balanced approach and a thoughtful approach.”

Salazar also oversaw the settlement of a major dispute regarding Native American tribes and suspended 60 of 77 oil and gas leases on public lands in Utah that had been approved by the Bush administration.

"In the prior administration the oil and gas industry were the kings of the world. Whatever they wanted to happen, happened," Salazar said in January 2010.

Potential successors of Salazar include Washington Gov. Chris Gregoire and John Berry, director of the White House Office of Personnel Management, according to the Associated Press. Meanwhile, Secretary of State Hillary Rodham Clinton and the EPA's Lisa Jackson have announced plans to leave. There is also word that Energy Secretary Steven Chu may make a similar announcement soon.