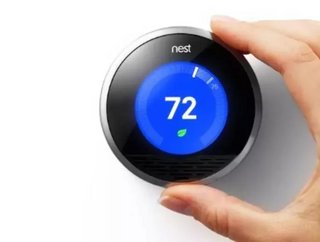 The former Apple executive behind the iPod and iPhone, Tony Fadell, revolutionizes the conventional thermostat, helping homeowners save money and reduc...

The former Apple executive behind the iPod and iPhone, Tony Fadell, revolutionizes the conventional thermostat, helping homeowners save money and reduce energy consumption. Called the Nest, the futuristic, easy to use device has motion-tracking sensors that detect the presence of people to adjust temperatures accordingly and is smart enough to learn and mimic your temperature setting habits.

See how smart it is:

The Nest will hit markets by mid-November for $249, but could pay for itself well within a year with minimal effort. Every degree a home is kept cooler in colder months or warmer in hotter months results in 5 percent of energy savings. Shifting habits by just a few degrees over the course of a year easily reduces energy bills by enough to cover the initial cost of the device and then some.

Temperatures are set by turning the outer ring and pushing in the ring until it clicks. As the homeowner sets the thermostat at different times of the day, the Nest learns those daily settings and adapts to further changes. Furthermore, if the person is away from the home, the Nest can detect the absence and switch to an “auto away” setting for lower energy use. It can be programmed, but doesn't need to be since it learns the homeowner's preferences.

Connected to Wi-Fi, the Nest can be remotely controlled by an iPhone or laptop. The Nest will initially be available on the company's Web site and Best Buy's Web site.