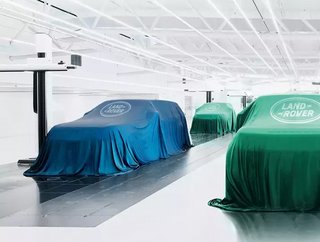 The British-based automotive company, Jaguar Land Rover (JLR), began its sustainability journey at the 2016 Los Angeles motor show when the company unveiled its first electric car, the Jaguar i-Pace - labelled as an all-electric luxury sports vehicle. The car has seen increasing popularity as it continues to manufacture the vehicle in 2021.

Another vehicle owned by the company, the Land Rover Defender - which received a facelift in 2020, will be developed further to incorporate hydrogen power. JLR announced it is currently in the process of building a prototype car, which will make use of hydrogen fuel cell technology.

The fuel cell electric vehicle (FCEV) concept comes as part of JLR’s sustainability initiative, which involves cutting all tailpipe emissions by 2036. The company is also striving for net-zero carbon emissions across the supply chain, procurement, and manufacturing of its vehicles by 2039.

These goals have been set as part of the company’s Reimagine strategy, which outlines JLR’s sustainability targets. The strategy  also includes:

Hydrogen-powered FCEVs are already in circulation and are complementary to battery electric vehicles (BEVs) in the pursuit of net-zero carbon emissions. Hydrogen power in vehicles is capable of plugging a significant gap in the current BEV market, as it provides vehicles with faster fueling and minimal loss of range in low temperatures. Since 2018, the number of FCEVs on the road has almost doubled, and hydrogen refuelling stations have increased by 20%. The market expects to see a significant increase in FCEV support with around 10,000 refuelling stations across the globe, to maintain 10 million vehicles.

JLR’s advanced engineering project, named Project Zeus, has received some funding from the Advanced Propulsion Centre - a government-backed organisation. The project will teach JLR engineers how a hydrogen powertrain can be optimised to deliver performance, range, refuelling speed, towing capacity and off-road driving ability. The prototype Defender FCEV will be put to the test in the UK towards the end of 2021.

To bring this prototype to fruition, JLR has teamed up with world-class partners in research and development, including Delta Motorsport, AVL, Marelli Automotive Systems and the UK Battery Industrialisation Centre (UKBIC), for the development and assembly of the prototype.

Ralph Clague, Head of Hydrogen and Fuel Cells for Jaguar Land Rover, says, “we know hydrogen has a role to play in the future powertrain mix across the whole transport industry, and alongside battery electric vehicles, it offers another zero tailpipe emission solution for the specific capabilities and requirements of Jaguar and Land Rover’s [world-class] line-up of vehicles. The work done alongside our partners in Project Zeus will help us on our journey to become a [net-zero] carbon business by 2039, as we prepare for the next generation of zero tailpipe emissions vehicles.”