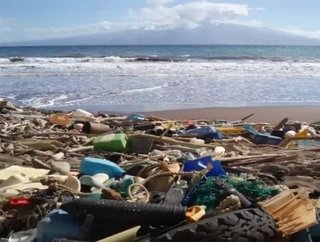 Out of the 20 million to 25 million tons of debris generated by the magnitude-9 earthquake that hit Japan last March, some 3 million to 4 million tons...

One to 5 percent of the 1 million to 2 million tons of waste left in the ocean is expected to hit Hawaii, Alaska, Oregon, Washington and British Columbia, according to University of Hawaii senior researcher and ocean current expert Nikolai Maximenko. He'll be discussing his latest estimates further at a news conference held today.

Although computer models created by the University of Hawaii were expected to help predict the spread of debris from Japan to other areas, the area of dispersion is so large that it has become difficult to rely on satellite imagery to track it.

Residents in Canada have already reported signs of smaller debris.