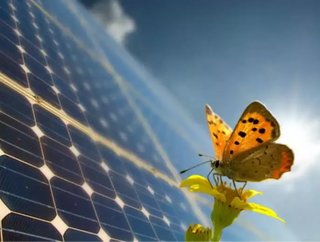 The Los Angeles Cleantech Incubator (LACI) recently announced that it will create more than 1,000 jobs over the next five years with the help of a$200...

The Los Angeles Cleantech Incubator (LACI) recently announced that it will create more than 1,000 jobs over the next five years with the help of a $200,000 grant from the JPMorgan Chase Foundation. The grant will fund key programs focused on advancing sustainable technology development and adoption in the Los Angeles region.

Since launching two years ago, LACI has incubated 25 companies that have received more than $24 million in investments. LACI and those companies have helped to create more than 100 direct jobs and an estimated 180 indirect jobs, while bringing innovative products and services to market.

Incubated companies operate in a variety of sectors including energy generation and efficiency, water conservation, electric transportation, recycling, waste management, sustainable materials and food production. LACI has provided these start-up companies with office space, executive coaching and mentoring and access to a network of experts and capital sources.

“On behalf of the City of Los Angeles, I would like to thank the JPMorgan Chase Foundation for their generous support of the Los Angeles Cleantech Incubator,” said Los Angeles Mayor Eric Garcetti. “LACI plays a key role creating jobs, building a stronger cleantech industry cluster and generating opportunities to train Angelenos in tomorrow's green careers, today.”

LACI works closely with the Mayor's office to identify, attract, and accelerate the growth of businesses with clean technologies that will support the city in meeting its environmental, renewable energy, energy efficiency and related goals.

In addition, LACI holds a close strategic relationship with the Los Angeles Department of Water and Power, acting as a scout in the region to identify and accelerate technology that supports their pursuit of innovative clean technologies for water conservation and renewable power.

“We're thrilled to have a true partner in JPMorgan Chase, whose global reach, deep capability, and strong corporate responsibility will help strengthen and extend our efforts in the Los Angeles region and beyond,” said Fred Walti II, Executive Director of LACI. “The substantial support of one of the world's leading financial institutions is symbolic of the effectiveness of our programs and confirms that we're collectively headed in the right direction.”

The JPMorgan grant will enable LACI to expand its core training and educational programs and launch a feasibility study on establishing an Innovation Fund to provide early-stage funding to start-ups.

Construction of LACI's permanent home – the La Kretz Innovation Campus – is now underway in downtown Los Angeles' Arts District. Once the campus opens in 2015, LACI is expected to accelerate the growth of dozens more promising companies and entrepreneurs in world-class facilities that include wet labs, dry labs, prototype manufacturing space, workforce training and strategically aligned partners, all in one location.