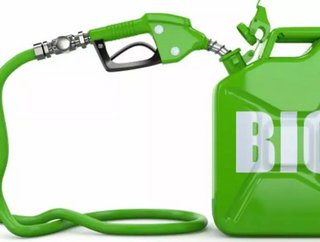 What are the major issues facing Latin Americas burgeoning biofuels market? What impact will EU and U.S. policies have on millers and producers?What ca...

What are the major issues facing Latin America’s burgeoning biofuels market? What impact will EU and U.S. policies have on millers and producers? What can investors expect from the Latin American market? Apart from Brazil, who are the movers and shakers in Latin American ethanol production and what do they think about the future? These questions and more will be addressed at the third annual F.O. Licht’s Ethanol Latin America conference in early December.

F.O. Licht’s Third Annual Ethanol Latin America conference will be held Dec. 2-4 at the InterContinental Hotel in Cali, Columbia. This completely unique event focuses on the prospects and pressures facing the fast-growing Latin American ethanol producers and their markets. A host of top-level speakers will share their insights and views on the region’s production and potential and attendees will be given access to information on all aspects of the market.

This year’s Ethanol Latin America is taking place at a time when new mandates, a push for higher blends and new trading opportunities are opening up across Central and South America.

“Latin America is also ideal for 2G ethanol as it can use the bagasse and other waste from sugarcane and convert it into cellulosic ethanol,” Grech says. “This is the way forward and we will be seeing new plants being built to produce 2G ethanol. Countries in Latin America such as Colombia are also looking at increasing their blending mandate which should also result in new investments in the region.”

“Colombia has huge potential for producing biofuels,” said Johan Martinez, director of Renewable Energy and New Business from sugarcane producers association Asocaña, who is one of the key speakers at F.O. Licht’s Ethanol Latin America conference.

“There is plenty of land available (more than five million hectares) that is suitable for sugarcane production. The government has to give clear signals of stability to the investors in order to develop this potential. Those new areas that can be planted include land currently dedicated to cattle raising, which will have to be conditioned to agriculture.”

Martinez also sees strong potential for cellulosic ethanol production in Colombia for the future. “Cellulosic ethanol is the next step for domestic sugarcane producers. There is plenty availability of biomass that can be converted into ethanol. The development of this production will depend on the availability and the cost of implementation of such technologies,” Martinez says.

Ethanol Latin America Conference has been designed to give attendees an opportunity to meet, network and do business with decision-makers from across Latin America. This event is the only ethanol and biofuels event that focuses on what is happening in countries such as Colombia, Ecuador, Panama, Mexico and Argentina.