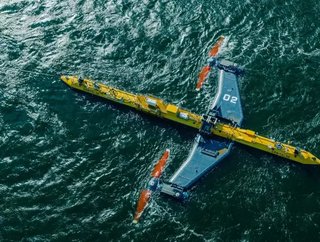 Although the industry is small and the technologies are limited, marine-based energy systems look to be taking off as “the world’s most powerful tidal turbine” begins grid-connected power generation at the European Marine Energy Centre.

At around 74 metres long, the turbine single-handedly holds the potential to supply the annual electricity demand to approximately 2,000 homes within the UK and offset 2,200 tonnes of CO2 per year.

Orbital Marine Power, a privately held Scottish-based company, announced the turbine is set to operate for around 15 years in the waters surrounding Orkney, Scotland, where the 2-megawatt O2 turbine weighing around 680 metric tons will be linked to a local on-land electricity network via a subsea cable.

How optimistic is the outlook for the UK’s turbine bid?

Described as a “major milestone for O2” by CEO of Orbital Marine Power Andrew Scott, the turbine will also supply additional power to generate ‘green hydrogen’ through the use of a land-based electrolyser in the hopes it will demonstrate the “decarbonisation of wider energy requirements.”

“Our vision is that this project is the trigger to the harnessing of tidal stream resources around the world to play a role in tackling climate change whilst creating a new, low-carbon industrial sector,” says Scott in a statement.

The Scottish Government has awarded £3.4 million through the Saltire Tidal Energy Challenge Fund to support the project’s construction, while public lenders also contributed to the financial requirements of the tidal turbine through the ethical investment platform Abundance Investment.

“The deployment of Orbital Marine Power’s O2, the world’s most powerful tidal turbine, is a proud moment for Scotland and a significant milestone in our journey to net zero,” says Michael Matheson, the Cabinet Secretary for Net-Zero, Energy and Transport for the Scottish Government.

“With our abundant natural resources, expertise and ambition, Scotland is ideally placed to harness the enormous global market for marine energy whilst helping deliver a net-zero economy.

“That’s why the Scottish Government has consistently supported the marine energy sector for over 10 years.”

However, Orbital Marine CEO Scott believes there’s potential to commercialise the technology being used in the project with the prospect of working towards more efficient and advanced marine energy projects in the future.

“We believe pioneering our vision in the UK can deliver on a broad spectrum of political initiatives across net-zero, levelling up and building back better at the same time as demonstrating global leadership in the area of low carbon innovation that is essential to creating a more sustainable future for the generations to come.”

This latest tidal turbine project isn’t a first for marine energy in the UK. The Port of London Authority permitted the River Thames to become a temporary home for trials into tidal energy technology and, more recently, a research project spanning the course of a year is set to focus on the potential tidal, wave, and floating wind technology holds for the future efficiency of renewable energy. The research is due to take place off of the Southwest coast of England on the Isles of Scilly