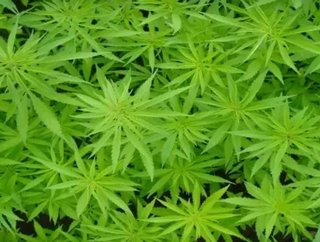 There&#39;s another side to the legalization of marijuana debate you don&#39;t often see&mdash;what&#39;s the carbon footprint of cannabis? Surprising...

There's another side to the legalization of marijuana debate you don't often see—what's the carbon footprint of cannabis?

Surprisingly, indoor marijuana growing may account for one percent of the entire country's electricity consumption, costing about $6 billion annually, according to a 2011 report by Lawrence Berkeley National Laboratory researcher Evan Mills, Ph.D. Carbon dioxide from that kind of energy use “plus associated transportation fuels equals that of 3 million cars,” according to the report.

Details of the exact sources of energy consumption are available in Mills' full report, where he writes:

According to the U.S. Senate Caucus on International Narcotics Control, in 2011 "approximately 4.5 percent of the domestic marijuana eradicated was from indoor grow sites" in 2010.

Some argue that the solution may be to move it outdoors. According to the San Francisco Bay Guardian, "the biggest barriers to moving most marijuana production outdoors are federal laws and the biases of pot consumers." Although growers may be opposed to that, since indoor cultivation allows year-round harvests and a more controlled environment, the paper claims that outdoor cultivation does not inherently mean an inferior product for consumers.

Advocates argue that the legalization of marijuana would induce more growing outside, thus reducing its carbon footprint.

Should that happen, Fast Company suggested, "people will actually cast a critical eye on its energy usage."