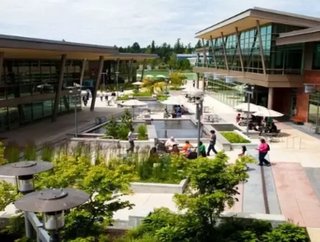 "We recognize that we are not the first company to commit to carbon neutrality," said Microsoft Chief Operating Officer Kevin Turner in a blog post, "but we are hopeful that our decision will encourage other companies large and small to look at what they can do to address this important issue."

Others in the industry have made similar commitments. Google has been carbon neutral since 2007 and both Facebook  and Apple have made various clean energy efforts, including new efficient data centers in the last year. Microsoft has been documenting its own set of sustainable energy efforts on its  Software Enabled Earth blog since 2009. Thus far, the company has already achieved a 30 percent reduction in its carbon emissions.

Changes in employer habits alone have eliminated about 9.9 million miles of auto travel each year. The company has also adopted CarbonSystems, a cloud-based Enterprise Sustainability Platform, for managing environmental performance across over 600 facilities in over 100 countries.

"During that time we have also accelerated the shift in our business strategy to cloud computing and invested more than $3 billion USD to build facilities and networks globally to support this strategy," according to the company's latest carbon neutral (PDF) white paper.

Even though Microsoft got somewhat of a bad rap from the likes of Greenpeace last month for not using more sources of renewable energy to power its operations, the company is working to change that.

"The part I’m most excited about is our plan to infuse carbon awareness into every part of our business around the world," wrote Turner, "creating incentives for greater efficiency, increased purchases of renewable energy, better data collection and reporting, and an overall reduction of our environmental impact."