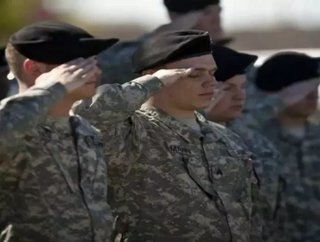 Written by Heather Rushworth The military has initiated a new covert operation&mdash;the greenification of their forces through new and profitable su...

The military has initiated a new covert operation—the greenification of their forces through new and profitable sustainable measures. In fact, $3.6 billion dollars of the $787 billion dollar stimulus fund went towards greening the military. Though it sounds entirely improbable, the patriotic image of gas-guzzling hummers stampeding over the horizon may have been replaced by an eco-conscious military, trading in petroleum for massive billion dollar solar arrays.

While the idea of a tree-hugging military sounds ideally picturesque, the eco measures taken by the armed forces mostly have to do with cost savings. Simply put, green energy sources -- while they maintain efficiency -- are much more affordable than traditional energy sources. Since the military is one of our nation’s largest energy consumption entities, these savings radically compound, lowering our nation’s overall energy expenditure in drastic ways.

Take for instance the green flight of the Air Force, who leads the nation as one of the top green power purchasers. In fact, the Environmental Protection Agency (EPA) ranked the Air Force as the 16th on their Top 25 list of Green Power Partners, beating out big corporations like Google, and even the EPA themselves. Currently, six percent of the Air Force’s facility energy comes from green power sources, which is well above the federally mandated goal of five percent. What is more refreshing is that the Air Force is planning on further improving their sustainable measures by implementing green energy projects utilizing energy in the form of solar photovoltaic, solar thermal, geothermal heat pumps, wind, daylighting, landfill gas and waste energy.

One of the most significant sustainable measures the military has developed is their retrofitting of naval bases with green technology. Most impressive was the military’s greening of the world’s most expensive prison – the Guantanamo Bay Naval Base in Cuba.

In an effort to save money, and decrease dependencies, the base -- which receives all of its supplies from ship or aircraft due to disassociation with Cuba -- is streamlining its domestic energy use on the base to conserve energy expenditures. Simple switches, including the changing of petroleum-fueled patrol cars to bikes and solar-powered lighting saves the military approximately $100,000 dollars a day in fossil fuel dependency.

The military’s big buck budget has enabled them to invest heavily in solar technologies, which promise a huge fiscal reward to bottom-line expenditures, while having no detrimental environmental impact. Over the 2012 year, the military will invest approximately one billion dollars into solar outfitting military housing communities. In addition, big solar-outfitting projects were established at military bases in San Diego, Pearl Harbor, Buckley Air Force Base in Aurora, Colorado, the Marine Corps Air Ground Combat Center in Twenty Nine Palms, California and a naval base in Guam.

This massive flurry of green initiatives and innovations in the military are exciting and necessary on many fronts. Firstly, they utilize the purchasing power of the military to provide much needed capital to green energy companies, which positions them to compete against established fossil fuel titans. Also, as a huge consumption force in America, the military’s sustainable initiatives make a huge impact in national energy use, replacing hazardous effects with clean resources.

All in all, the military’s green movement spends our tax-paying capital in a way that is beneficial to initiatives beyond the armed forces -- they help create a country fortified by sustainable energies that nourish our relationship with earth, instead of destroying it.