A Most Cost-Effective Solution To Power Savings 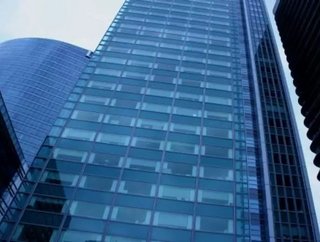 Saving energy doesn’t always make sense to a power supplier, especially when they are in business to ‘sell power’. But, when demand exceeds their capacity causing them to purchase power on the open market or have to operate less efficient capacity – then the incentive to reduce consumption is a lot clearer.

So, the idea that highly engineered and layered polyester, professionally installed, on windows – can make a significant difference on energy consumption certainly commands attention. And in a state like California, where heat waves and energy demand is always a balancing act – a product that can cost-effectively cut energy use is worth consideration.

Window film is made from extruded polyester that can include multiple layers that offer a wide variety of performance. Window film now has been engineered using today’s advanced technology to deliver energy savings similar to low-e windows, yet at a fraction of what replacement windows cost. It may knockdown cooling costs in a range that reaches into the double digits.

In California, there are nearly 9,000,000 dwellings built prior to the energy building codes. By professionally installing window film on just 900,000 dwellings or 10 percent, energy consulting firm, ConSol, conservatively estimates window film may cut a typical dwelling’s annual energy use by 10 percent. Taken together this could add up to 7,150,250,000-kilowatt hours. The savings is comparable to what three power plants could produce annually, or the conversion equivalent of 4,000,000 barrels of oil, according to ConSol.

In other words, if window film were retrofitted on a tenth of older dwellings in the Golden State, it is possible to reduce power demand to the point that three 500 megawatt power stations could be put held in reserve in the power hungry state.

In fact the California Energy Commission is doing more than looking at window film, the state has now included it in the latest energy or building code that will be effective in 2014. The forward-looking state is the first in the nation to take this practical step.

“We need to continually look for smart, cost-effective ways to save energy and reduce peak electricity load,” said Commissioner Andrew McAllister of the California Energy Commission. “Window film is a product that needs to be considered as an important retrofit solution as we upgrade legacy dwellings in the Golden State,” he added.

It can save utilities big dollars to reduce the power demand when it is exceeding their capacity. If they have to go on the open market to other suppliers to buy excess power capacity, it almost always can cost them more than they can produce it for. Since power companies are regulated in what they charge their customers, they have to ‘eat’ the difference.

When you add rolling heat waves and the loss of a key power station which was the situation in Southern California last summer and then you can understand when a solution as simple as engineered polyester that can be professionally installed on a home in one to two days, and starts working immediately to reduce power usage, the answer is clear.

Nearly all quality window films can block up to 99 percent of harmful UV rays, something that glass by itself does not. Replacement windows can present other challenges beyond their cost. Polyvinyl chloride windows are generally not recyclable and end up in a landfill when replaced. The energy it takes to produce glass and build a new window can be more than for window film production. For single-family homes, window film installation costs can range from $3 to $11 per square foot, depending on the type of window film installed. More detailed information can be found at the International Window Film Association’s (IWFA) web site, www.iwfa.com.

Research by ConSol has shown that window film is a viable solution to cost-effectively reduce Green House Gases (GHG) and California leads the way. The opportunity for achieving the state’s energy goals may be closer when window film is factored in.

Among the items the new building code for window film requires is a National Fenestration Rating Council (NFRC) certification label, manufacturer’s name, a 10-year warranty certificate, and compliance with the IWFA’s Visual Quality Standards. Although window films are normally used on existing windows, remodelers and contractors can also use the new building code for additional guidance.

Independent analysis conducted by ConSol reported that window film is one of the most cost-effective measures to reduce energy use in California. In fact, window film outpaces traditional techniques such as updating HVAC systems, air sealing and caulking or adding R-38 ceiling insulation. ConSol’s study used many of the same processes the California Energy Commission utilizes in determining relative value of energy savings for the state. The complete report can be found at http://www.iwfa.com/ConsumerInfo/CAEnergySavingsStudy.aspx

The following illustrations and narrative are taken from the ConSol report, which is copyrighted, but available for viewing at the above link.

Over 70% of GHG related to single-family envelope energy consumption can be attributed to homes built before 1980; homes built before any energy codes were adopted in California (see Figure 12). Since most GHG comes from older homes and increasing energy codes on new homes has such a minimal impact, retrofitting existing homes with cost effective energy upgrades is essential to meeting AB 32 GHG reduction goals. Window films are among the most cost effective energy retrofits for existing residential and commercial buildings.

However, the uneven glare coming in through older windows can cause hot spots and damage from UV exposure. Instead of having to replace structurally sound windows, a simple, yet cost-effective solution is to apply a thin layer of window film which will help regulate the temperatures within the home, minimize cooling costs and make the environment more comfortable.

This comparison is meant to demonstrate two things. First, that targeting only new homes, as in the case of Title 24, has a limited potential for reducing GHG emissions compared to targeting existing homes. And second, that window films have a relatively good potential to impact GHG emissions when compared to other retrofit measures. When cost is taken into account as in the previous sections, it is one of the most effective measures that can be considered.

The best opportunities for saving energy with window films in California are in existing buildings, especially in existing high-rise office buildings. New homes are not an attractive opportunity because of the high-energy standards for windows already in place. New non-residential buildings have the same problem. Window films are a more cost effective retrofit opportunity for homes than other measures, however, especially in homes with single pane glass. Existing office buildings are an ideal opportunity for window film retrofits. They contain a large amount of glazing and cooling loads typically dominate. Rates of return on investment are high, even before utility incentives. Window films also demonstrate an effective means of reducing GHG emissions when used in retrofitting existing buildings.

Bottom line: as the research here shows, window film needs to be the first item to be considered in any retrofit situation where energy savings is wanted or needed.