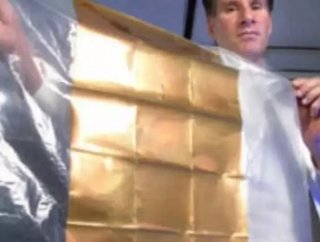 Efficiency has been the main reason solar power has not yet taken the reins as the energy of choice around worldwide. While technological advances in...

Efficiency has been the main reason solar power has not yet taken the reins as the energy of choice around worldwide.  While technological advances in the solar power market have seen solar panels that boast up to 20 percent efficiency (sunlight to electricity), and solar thermal equipment that can reach 30 percent efficiency (heat to electricity), the upfront costs of solar versus the overall pay out is still a major deterrent for investment.  But what if 90 percent efficiency were possible?  It would boost solar’s profit potential three to four-fold, and perhaps finally make solar the power of choice not only for the environmentally conscious, but the fiscally savvy as well.

University of Missouri professor Patrick Pinhero, along with a team from Idaho National Laboratory and University of Colorado professor Garrett Moddel, have devised a way to collect both sunlight and heat from the sun in a flexible thin-film solar sheet.  The team notes that, while traditional solar technology neglects much of the solar electromagnetic spectrum, their technology captures more of that spectrum, boosting efficiency immensely.

The product itself is a thin, moldable sheet of microscopic antennas the researchers have termed “nantennas” (a combination of “nanotechnology” and “antennas”).  The nantennas collect solar irradiation from both the sun’s near infrared spectrum as well as the visible light spectrum.  The device operates more efficiently by collecting both light and heat.

"Our overall goal is to collect and utilize as much solar energy as is theoretically possible and bring it to the commercial market in an inexpensive package that is accessible to everyone," Pinhero said. "If successful, this product will put us orders of magnitudes ahead of the current solar energy technologies we have available to us today."

Pinhero and his collaborators are securing funding from the U.S. Department of Energy and private investors to bring the product to market within the next five years.  What’s more exciting is that Pinhero claims the technology can be retrofitted to existing solar farms to boost their efficiency and added to industrial heat-process factories to harness heat energy.  Being a thin-film product, Pinhero claims the product could easily be made into roof shingles or cover a car to finally offer practical solar vehicles.  There are even a host of spin-off products that could result from this technology, including improved contraband-identifying products for airports and the military, optical computing, and infrared line-of-sight telecommunications.