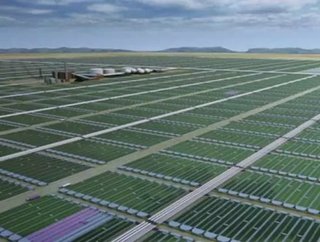 NASA astrobiologists spark new green technologies in their quest to understand the evolution of microbial life. Exobiology scientists at NASA Ames are...

NASA astrobiologists spark new green technologies in their quest to understand the evolution of microbial life.

Exobiology scientists at NASA Ames are looking into the origin and evolution of the most primitive organisms and their ability to adapt to different environments, and the implications for life elsewhere. The ultimate goal is to determine how those microbes and environments have changed over time to create the world we live in today.

By investigating the evolution of genes, metabolic pathways, and microbrial species, the findings show the coevolution of microbrial communities that drive the major recycling processes on Earth—critical in the development of new technologies for sustainable energy, food and water processing.

“It may surprise people to learn that NASA’s space science research has so many direct applications to the development of ‘greentech.’ Many of the organisms we study are important producers of hydrogen, methane and lipids that can be used as carbon neutral fuels, and other products,” said Orlando Santos, chief of the Exobiology Branch at Ames, in a statement.

By studying algae, Ames Exobiology scientists discovered that non-traditional species of algae can produce lipids needed to make low-cost fuels. Exploring this option, NASA has met with many industry and research colleagues to discuss America's huge energy consumption demands and the obstacles in producing algae for biofuel commercially. Today, researchers behind this project are helping commercial agal growers produce algae more efficiently and are modeling data to assess and predict changes in the health of algae crops.

Additionally, the same techniques used to study environments like Mars have been applied to assess methane cycling in the ponds at the Sunnyvale Water Pollution Control Plant in California. The results showed that pond organisms oxidize dissolved methane extremely efficiently at up to 83 percent, while other non-dissolved gases escaped in bubbles too quickly for microbial decomposition—an extremely low energy way to reduce greenhouse gasses.

“NASA’s future includes long-term human space flights,” said Leslie Bebout, a research scientist in the Exobiology Branch at NASA’s Ames Research Center, in a statement. "As part of the human exploration studies, we are studying photosynthesis in space, which can consume carbon dioxide exhaled by astronauts, produce oxygen, and recycle nitrogen-containing wastes."

Businesses, scientists and engineers across the country are now working together more than ever to develop versatile microbial engineering platforms that use significantly less resources and energy to optimize production.