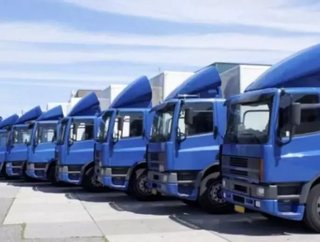 Clean Energy Fuels, a leading natural gas provider in Seal Beach, has teamed up with Quarles Petroleum Inc. to bring customers alternative fuel, priced at $1.50 per gallon less than diesel or gasoline, at select locations.

“Many of our customers are interested in natural-gas-powered vehicles for their fleets. In response, we have partnered with Clean Energy, the nation’s leading supplier of natural gas fuel for transportation, to meet our customers’ needs for natural gas fuel,” said Ben Wafle, president of Quarles, to OC Metro.

According to Clean Energy representatives, an estimated 98 percent of natural gas comes from the US and Canada. With the capability of reducing greenhouse gas emissions by up to 30 percent in light-duty vehicles, its use would also significantly lower fuel costs for users.

In Iowa, natural gas is expected to outpace the biofuels industry, threatening a $15 billion-plus industry of ethanol and biodiesel production. Next month, Iowa's first natural gas pump will open at the Krueger's BP on Highway 141 in northwest Des Moines, expecting to sell for the equivalent of around $2 per gallon. Furthermore, a natural gas powered Noble, selling for around $16,000, joins the 2012 Honda Natural Gas Civic series and was on display at the Gene Gabus Des Moines Imports dealership last month.

Eventually, natural gas-powered car owners can expect to be able to fill their vehicles from their home gas lines, according to James Huyser, director of business development for NatGas of Ankeny, a natural gas distributor that is helping to shepherd the introduction of natural gas into the Iowa automotive market.

While the development of biofuels remains unfinished, natural gas is already taking off across the country. Looking beyond biodiesel as an alternative to high-priced diesel fuel, domestic production of natural gas is on the rise in the US for the first time in almost 40 years. Increasing at an annual rate of up to 7 percent, enormous fields have opened up in Texas, Arkansas, Louisiana, Ohio, Pennsylvania and West Virginia.

Dependence on imported crude oil has dropped considerably, but biofuels advocates fear a natural gas boom threatens renewables in addition to other environmental drawbacks. Regardless, biofuels technology lags behind the great potential of the natural gas industry as it takes aim at the truck market. It's too soon to say, but for now, biofuels seem to lack the commercial technology to compete.