Nest Partners with Utilities, Aims for Peak Energy Efficiency Across the US 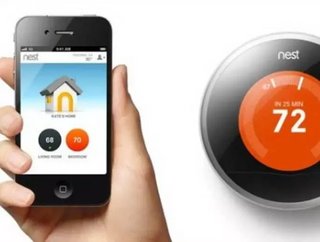 Click here to view this article in the May Edition of Energ Digital Saving energy is a beautiful thing&mdash;a phrase taken quite literally by the cre...

Saving energy is a beautiful thing—a phrase taken quite literally by the creators behind the world's first “learning thermostat,” the Nest. Its sleek and sexy interface is enough to win over the hearts of the iPhone generation, but its technological genius is starting to win over the power market. Last month, Nest Labs revealed the new and improved Nest v3.5, while at the same time making its energy-saving features available across the nation with the help of a few strategic partnerships in the US utility market.

While most of us hardly notice thermostats, the tiny boxes adorning the walls of every home in America control a whopping ten percent of the country's energy consumption. Tony Fadell—one of the great minds behind many generations of the iPod and iPhone—didn't think they mattered either until he realized they also account for half of homeowners' energy bills. Inspired and disappointed by the lack of options available on the market, he decided to redesign the inefficient and boring looking “beige box from the 90s,” and create something that makes more sense for consumers in the 21st century.

Although Nests have been abuzz throughout Silicon Valley circles since the product first came to market in late 2011, it wasn't until now that a few strategic partnerships with power companies enabled its true accessibility across the country. NRG Energy subsidiaries like Reliant, Green Mountain Energy, Austin Energy and Southern California Edison will deploy Nest's next-generation thermostats around the US this year, offering instant online rebates to Nest customers. With minimal effort, the Nest will help most users save around 20 percent on energy bills each year, teaching them how to do even better over time.

Coinciding with moves to put Nests in thousands of new homes, Fadell and fellow former top Apple employee Matt Rogers have taken Nest functionality to the next level with tech-driven features to help reduce energy demand during peak periods, without customers losing control of their own comfort. Today, energy companies spend billions of dollars in unsuccessful efforts to incentivize people to reduce power demand during peak times like hot, summer days.

“By expanding our relationship with NRG, we can continue working together to turn the conversation away from cost alone toward a broader discussion about energy choices,” Fadell said in a statement. “Bundling the Nest Learning Thermostat with energy plans was a great first step. Now, the integration of Nest’s new Rush Hour Rewards and Seasonal Savings services promises to spark even more conversations about energy among NRG’s customers.”

That takes a huge load of the shoulders of local utilities, often forced to power up other plants or buy more power from third parties at higher rates as everyone cranks up the AC during summer.

"We understand when peak demand is coming," Fadell told CNET, "and work with your Nest, moving the energy load around so we don't have a peak energy problem."

Following last summer's record breaking hot months, the next-generation Nest (v3.5) is revealed at an ideal time, with a number of smarter features, including:

"These services are new--radically new--and dramatically different than any previous efforts by energy providers and thermostat makers to get their customers to save energy," Fadell said in a post.

The new approach to a very traditional and vital industry is just the beginning of a larger conversation sweeping the nation. For now at least, here's to a better summer.

For a more in-depth discussion, watch this interview with Tony Fadell at LeWeb Paris 2012:

UPDATED: In another announcement this month, Nest Labs, Inc acquired MyEnergy, a service that allows people to track their electric, gas and water usage in one place online, with users in all 50 US states, cover over 1,500 utility territories.

“With less than 25 percent of the U.S. population connected to the smart grid, we’ve focused on developing technology that makes it easy for people to access the information they need to make decisions about their energy use,” said Ben Bixby, co-founder and CEO of MyEnergy. “We’re excited about the opportunity to join Nest to continue giving people useful, actionable information.”