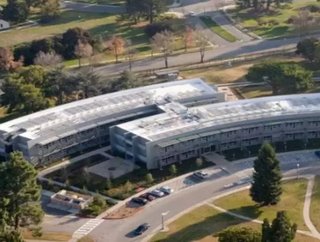 While NASA has made a name for itself by exploring the potentials of life outside our planet, its new Sustainability Base building embraces and respect...

While NASA has made a name for itself by exploring the potentials of life outside our planet, its new Sustainability Base building embraces and respects Earth’s natural resources. Officially deemed, ‘The Greenest Federal Building’, the new eco-structure was awarded the U.S. Green Building Council’s Leadership in Energy and Environmental Design’s (LEED) prestigious Platinum status, which is the highest possible rating awarded by the rigorous program.

The 50,000 square foot, two story office building cost NASA approximately $25 million dollars to build, and integrates natural sunlight into the employee’s working environment through the use of skylights and open windows. Building controls react to slight fluctuations in weather, light, and occupancy, which enables the building to regulate its energy consumption based on immediate need rather than blanket approximations.

Another revolutionary aspect of the building is that it does not have air conditioning. Instead, the building design incorporated air vents in the flooring, which captures the cool night air, and distributing it during the day.

The Future of Energy: Animal Cyborgs?

The building is so efficient, it actually generates more electricity than it consumes, due in large part to onsite solar panels, fuel cells and a small wind turbine. The building also incorporates geo-thermo well field water, which circulates through the building through ceiling coils in order to heat or cool the building.

Very limited material was needed during construction due to a lightweight insulated metal panel cladding, and the infrastructure was made of steel instead of concrete because of steel’s flexibility in rebuilding -- should damage from a natural disaster occur.

NASA also incorporated some of its own technologies into the building, including a Bloom Energy Box fuel cell, and a duplicate of the International Space Station’s water recovery system.

While the building is visually stunning, it is also a monument honoring the future potential of green buildings. It proves that engineering is the key to gleaning the most bang for our resource buck, and with NASA leading the way, the future of sustainability is looking greener than ever.