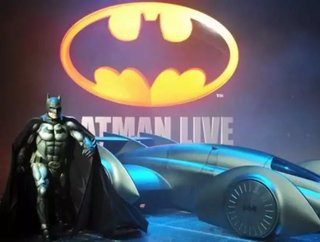 Batman may be the coolest superhero there is, probably for the simple reason that, unlike the X-Men, Spiderman or Superman, Batman doesnt have any supe...

Batman may be the coolest superhero there is, probably for the simple reason that, unlike the X-Men, Spiderman or Superman, Batman doesn’t have any superpowers.  Instead, the caped crusader relies on his ninja training and multi-billion dollar fortune to provide him with high-tech crime fighting gizmos and gadgets.  Take for example the timeless Batmobile, the Dark Knight’s sleek and powerful roadster that has seen many changes over the years.  Now, the Batmobile is getting an eco-friendly upgrade for the new Batman Live show set to tour London and Europe this summer.

DC Comics commissioned former Formula 1 racecar designer Gordon Murray to create the newest rendition of the iconic Batmobile.  The new body design stresses the fundamentals of down force—which keeps Formula 1 racers glued to the track—in its wing-shaped design.  Of course, there are plenty of lasers, lights, and the famous rear afterburner that spews out fire for the delight of audiences.

However, this Batmobile is the greenest to date.  Hydrogen fuel cell technology allows the car to run emissions free, and presumably quieter as well, so Batman shouldn’t have any problems sneaking up on the bad guys in the dead of the night.

So if you’re in Europe and would like to take the kids out for a fun-filled show that’s sure to dazzle even the grown-ups in the audience (let’s face it, we all grew up with Batman and no one will judge you for admitting your childhood admiration for the beloved superhero), be sure to check out Batman Live.  Just be sure to tell the kids about how Batman’s car is eco-friendly, because if Batman thinks saving the environment is cool, then your kids will probably jump right onboard as well!