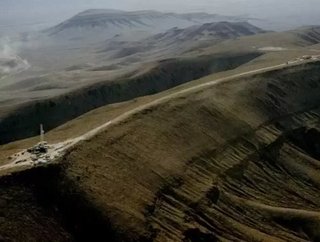 Due to budgetary restrictions, the U.S. Nuclear Regulatory Commission (NRC) has agreed to pursue a closure of the Yucca Mountain nuclear waste dump sit...

Due to budgetary restrictions, the U.S. Nuclear Regulatory Commission (NRC) has agreed to pursue a closure of the Yucca Mountain nuclear waste dump site just 90 miles outside of Las Vegas, Nevada.  Though the commission has been split 2-2 on whether to uphold or reject the decision by an independent nuclear licensing board to close the facility, the NRC has issued an order implicitly stating that the Yucca Mountain site should be closed by the end of the month due to budgetary limitations.

The U.S. Department of Energy has not requested any further funding for the Yucca Mountain site and current funds are due to expire at the end of the month.

President Barack Obama promised in his 2008 campaign to close the Yucca Mountain site, and appointed Gregory Jaczko, former aid to Nevada senator and Senate majority leader Harry Reid, as NRC chairman.  Reid has been vocal about his opposition to the nuclear waste dump and congressional Republicans for the dump cry foul play in designating Reid’s former aid as head of the NRC.

However, the NRC is split down the middle on the decision to close the dump, with supporters of the facility arguing that there is not significant enough scientific evidence to warrant the dump’s closure.  But when it comes down to it, without operating funds coming from the Department of Energy nor the NRC, the site simply cannot continue.  The only problem presented now is where exactly to store radioactive nuclear waste.