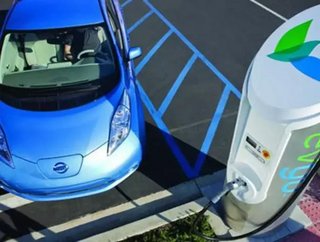 Written By: Sasha Orman Texas is Americas oil state, but a big change is coming that will hopefully lead the nation toward freedom from dependence on f...

Texas is America’s oil state, but a big change is coming that will hopefully lead the nation toward freedom from dependence on foreign oil. NRG Energy’s “Freedom Stations” will be the first network of electric car charging stations in the U.S.

NRG Energy is building 70 electric car charging stations—called “eVgo” stations—throughout the Dallas/Fort Worth area, and 50 in Houston. Development of the eVgo network will be completed by the end of 2012. There will even be stations strewn along the Interstate 45 corridor.

The stations are developed in a partnership with Aerovironment Inc., and GE is involved in infrastructure development.

Collaboration and Consensus Building for Arctic Offshore Oil and Gas
Beyond Solar Panels: Six Types of Solar Power Plants
The Remote Controlled Mine: Robotic and Virtual Mining Machinery and Equipment
Check out the latest edition of Energy Digital!

Unlike the pay-and-pump payment model of most gas stations, NRG Energy is taking a different approach with their charging stations. Similar to monthly cellphone bills, customers will pay a monthly flat rate for their chosen vehicle charging plan. Basic plans will feature “Level 2” chargers installed at customers’ homes. More expensive plans, ranging from $50 to $90 per month, will allow access to the vast network of stations. Considering that most people spend more than that on gasoline every week, this seems like a pretty good deal; however, plans are fixed three-year contracts.

The public chargers catered to the pricier payment plans will feature fast charging technology that will add 30 miles of range to an electric vehicle in about 10 minutes. Home chargers will charge slower, adding 25 miles per every hour of charging.

Nissan has made an agreement with NRG Energy to make the eVgo chargers the exclusive charging option for Houston-based buyers of the Nissan LEAF electric vehicle.