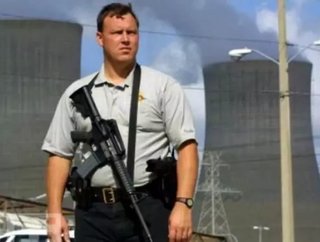 Imagine youre an engineer at a nuclear power plant that contains some of the most dangerous materials known to man. Suddenly, commandos slip past secur...

Imagine you’re an engineer at a nuclear power plant that contains some of the most dangerous materials known to man.  Suddenly, commandos slip past security guards, killing some of your colleagues and blowing up key facilities, potentially leaking deadly radioactive substances into the atmosphere and putting surrounding communities at risk of contamination.  That’s exactly what has taken place at 24 of the United States’ 104 commercially active nuclear power plants.  The only thing is, none of it was real.

In an effort by the Nuclear Regulatory Commission (NRC) to test security at the country’s nuclear power plants, mock raids are conducted yearly.  Like something out of the movies, trained security personnel mimic real-life security breeches, targeting both plant personnel and key facility buildings for termination.

Using a high-tech military-grade laser weapon system known as MILES (Multiple Integrated Laser Engagement System), the mock commandos simulate gunfire.  The assaults are pre-announced so there is no confusion as to whether or not a “real” attack is taking place.  They are also carried out on three consecutive nights, so each shift of the plants’ security forces have an opportunity to partake in the simulation.

In last year’s mock assaults, commandos were able to successfully damage or destroy critical targets at two of the 24 plants attacked according to the Nuclear Regulatory Commission.  Inspectors addressed the security issues at the plants and resolved the shortcomings, but the NRC refuses to release information identifying which plants failed the test, citing concerns that they may be targeted if identities were revealed.

The NRC claims that roughly one-quarter of U.S. nuclear plants undergo such “war game” style assaults each year, with between two and four being breeched by mock commandos on average.  NRC spokeswoman Holly Harrington says, "We don't characterize (the results) as good or bad because the plants must adhere to our security regulations, period.  If there are these failures, which from time to time occur, they are fixed and the plants are told they have to meet these requirements."

This year the NRC will conduct 25 security drills, three of which will address the corrective actions of plants that failed in the past.  According to Harrington, following the September 11, 2001 terrorist attacks, the frequency and strenuousness of the drills became more intense.  “The realism went up,” she says.