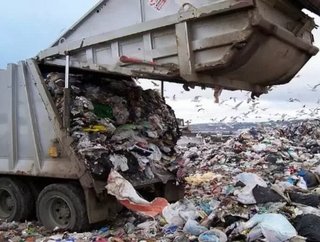 Using anaerobic digestion, bacteria digest organic material and emit biogas, which is then converted into compressed natural gas or burned for power, leaving behind a byproduct used as fertilizer. Although other countries like Germany and Spain have been using similar systems for years, the US only has a couple pilot projects in the works.

Harvest Power will pull in revenue by selling fertilizer from its composting facilities, charging waste producers for picking up their trash (less money than fees from landfills) and by selling power from its power-generation facilities. The Wall Street Journal reports that the company made less than $50 million last year, but expects profits to go up to $75 million to $100 million this year.

Barrels of Oil and Jugs of Urine

The first two commercial size plants are under construction in Canada and will sell power for less than the price of most renewable energy. In Florida, the company plans to build a waste-to-electricity facility for a theme park in addition to purchasing an organic-waste processing company in New Jersey.