Out with the Old, in with the New 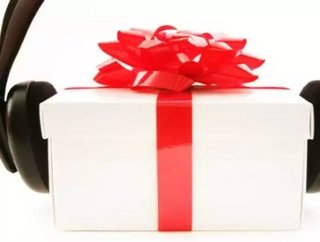 Although almost 10 million Canadians (28%) say they are likely to gift new electronics this holiday season, the concept of &quot;out with the old, in...

Although almost 10 million Canadians (28%) say they are likely to gift new electronics this holiday season, the concept of "out with the old, in with the new" isn't being closely followed. A recent Samsung Canada survey revealed that many Canadians may not know what to do with their old electronics or e-waste; 1 in 3 respondents (35%) say their old electronics are just gathering dust stored in their homes, while 1 in 10 admit to throwing their e-waste into the garbage. E-waste can contain hazardous materials and presents special challenges when it comes to end-of-life disposal.

"Almost 10 million Canadians are likely to give electronic gifts this holiday season, but at the same time, we're seeing that close to the same number of Canadians may not know what to do with old electronics," said Andrew Barrett, VP Marketing for Samsung Canada. "Samsung is passionate about e-waste recycling, so this holiday season as Canadians unwrap new electronics, we want to remind everyone about its importance."

After the last pieces of gift wrapping paper have settled post-holidays, take the time to round up those old or obsolete electronics for responsible recycling. The Samsung Recycling Direct program offers more than 40 convenient year-round e-waste drop-off depots across Canada. In 2012, Samsung helped recycle more than 1.3 million pounds of e-waste across the country.

Visit samsung.com/hopeforchildren for a list of Samsung Recycling Direct depot locations across Canada.

Other interesting trends revealed from the survey include:

From December 11th to December 12th 2012 an online survey was conducted among 1,004 randomly selected Canadian adults who are Angus Reid Forum panelists. The margin of error-which measures sampling variability-is +/- 3.1%, 19 times out of 20. The results have been statistically weighted according to the most current education, age, gender and region (and in Quebec language) Census data to ensure a sample representative of the entire adult population of Canada. Discrepancies in or between totals are due to rounding. The estimates of the total number of Canadians noted are a percentage of the current population, corresponding to the survey results.