Pakistan to Require All Plastics be Oxo-Biodegradable 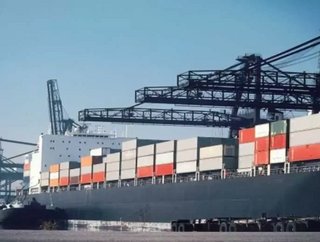 New legislation in Pakistan prohibits the import, manufacturing, stockpiling, trade, supply, distribution, sale and use all disposable plastic products made wholly or substantially of polyethylene or polypropylene or polystyrene - unless they are oxo-biodegradable.

The legislation: the Prohibition of Non-degradable Plastic Products (Manufacture, Sale and Usage) Regulations 2013 was announced 31 Jan 2013 by the Federal Minister for

Climate Change, and compliance is required in the federal territory as from April 2013.

Although this legislation is important for Pakistan, it has much wider implications.  The law prohibits not only the manufacture of conventional disposable plastic products in Pakistan, but also prevents them being imported into Pakistan.  This means that all companies anywhere in the world exporting disposable plastic products to Pakistan made from or packaged in conventional or bio-based PE, or PP, or in PS must make and/or package them in future with oxo-biodegradable plastic technology from a supplier registered with the Pakistan Government.

Symphony Environmental Technologies plc, the specialist in advanced plastic technologies, is bringing this to the urgent attention of their Distributors serving more than 90 countries around the world.

Michael Laurier, CEO of Symphony, said: "This legislation is an important step forward for Pakistan in protecting its cities, lands, waterways and coasts from the blight of plastic pollution, because it is not possible to collect or control all of the plastic, which would otherwise lie or float around in the environment for decades. The Government of Pakistan has not banned plastic altogether, as it is a low-cost material essential for everyday living, and for protecting food from damage and contamination.

"We are anticipating substantially increased demand for our oxo-biodegradable additive, d2w, following the new legislation and a free testing service will be offered in Symphony's laboratories, and also in Pakistan using Symphony's unique d2detector. This is a sophisticated portable device which can tell within 60 seconds whether a plastic product is oxo-biodegradable and which additives it contains. One is tan for use in enforcing the legislation, and orders for d2w have already been received.

With manufacturing facilities for d2w in five countries, Symphony is well placed to supply, service and support this enormous market."

The Minister continued that "Plastic bags made with this technology if left in open air or water absorb oxygen, which gradually weakens the internal bonds of the plastic material thereby allowing biological degradation to take place. Finally the bag will vanish leaving behind humus (a non-toxic product)."

The Minister said that a Report by PAK-EPA showed that in 2004 about 55 billion plastic bags were being manufactured and consumed annually in Pakistan and that if current trends continued consumption would reach 112 billion by 2015. The Report said that more than 8,000 plastic bag factories were operating in the country.  The Minister noted that "oxo-biodegradable technology is simple and needs no alteration in machinery nor in the manufacturing process. A small quantity of olefin-based additive is mixed with the raw material (granules) to develop biodegradable properties in plastic."