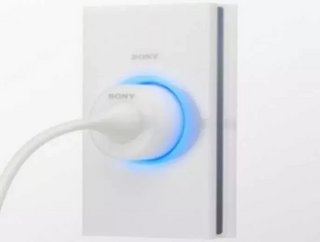 Geeze, as if the world wasnt a cruel, expensive, cash-hungry dump already&mdash;news just broke that Sony just came out with a new technology to moneti...

Geeze, as if the world wasn’t a cruel, expensive, cash-hungry dump already—news just broke that Sony just came out with a new technology to monetize electricity use at public places. The new electrical outlets, so smugly called, “smart” outlets, will track a user’s energy use, ultimately charging them for energy they consume publicly while charging their devices.

Apparently, coffee shops are the envious lords in the push towards pay-per-use electrical outlets. Companies like Starbucks are sick and tired of funding the electrical use of laptop-loiterers who spend the entire day leeching the company’s electricity, while only paying for a $3 dollar coffee. These coffee shop outlet-hogs do limit available seating for new influxes of customers, but more so they are downright annoying, like a couch-surfing house guest who never leaves.

However, these new devices have a very passive-aggressive way of cutting off a customer’s energy supply. After a determined length of time the device shuts off the user’s supply of power, until their battery drains. Then users are prompted to log-in and pay for their electricity, or forego their energy use altogether.

While we all need to be more eco-conscious and aware of our energy use, I am not entirely convinced that we should foot our share of the energy bill at public places. It is not as if customers are charging their electric RV campers at Coffee Bean, what they are charging must cost pennies to the companies whose mark-ups ultimately make them five-fold profits.

Ultimately, coffee is easily made at home. Nobody goes to Starbucks for their coffee. The reason why the majority of people go to coffee shops is to use their laptops in a public setting. Coffee shops are a procrastinator’s last resort, a caffeinated oasis pushing lingerers to finally get work done under the scrutiny of the judging public’s glare.

Coffee shops have to submit to their buying demographic before fair-weathered customers move their business to donut shops who don't charge them for electricity, and charge less for the same disappointing coffee.