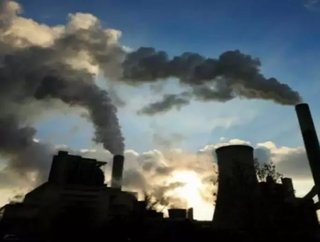 By Citizens for Pennsylvania&#39;s Future (PennFuture) When President Obama stated at his second inauguration that we have a moral obligation to fight...

By Citizens for Pennsylvania's Future (PennFuture)

When President Obama stated at his second inauguration that we have a moral obligation to fight climate change, Pennsylvanians saw it as a call to action. Over the past 100 days, a coalition of environmental groups including PennFuture, National Wildlife Federation, Clean Air Council, PennEnvironment, and Sierra Club have joined with Pennsylvania citizens to help fulfill that obligation by holding events across the state and generating more than 6,200 grassroots activities directed toward policymakers. These actions highlighted the need for the President and his administration to follow through on his promises to limit industrial carbon pollution that causes climate change and endangers the health of our communities.

"President Obama called climate action an 'obligation' and we spent the last 100 days showing the President we support his fulfillment of that obligation and look forward to his prioritizing American leadership on climate and clean energy during his second term," said Joy Bergey, federal policy director for PennFuture. "Right now, after the Obama Administration missed a recent court-ordered deadline, the EPA can finalize a Carbon Pollution Standard for power plants and then immediately turn its attention to curbing carbon pollution from existing power plants. These are the largest producer of dangerous carbon pollution, and a strong carbon pollution standard would be a major step forward in protecting public health, especially of our children and seniors."

In addition to the efforts in Pennsylvania, groups across the nation participated in many local actions over the last 100 days to highlight our climate action obligation that included:

Those who participated say we've waited long enough for our leaders to act to protect our health and build our economy using cleaner, safer energy technology.

"People of faith recognize that we have a moral calling to care for each other and for Creation. Every year, power plants dump more than two billion tons of dangerous industrial carbon pollution into our shared air, impairing our children's health and their futures. We can work to make our lives as energy-efficient as we can, but neither individuals nor congregations can change the way power is generated," said Cricket Eccleston Hunter, executive director of PA Interfaith Power & Light. "The EPA should complete the final version of the proposed and reviewed new source standards without further delay."

There are also benefits to the economy of moving forward. "Just as the Obama administration's clean car standards are helping rebuild the American auto industry, these power plant standards to protect human health will promote the innovation and investment needed to create jobs," said Christina Simeone, director of the PennFuture Energy Center.

PennFuture is a statewide public interest membership organization, founded in 1998, with staff in Harrisburg, Pittsburgh, Philadelphia and Wilkes-Barre. PennFuture's activities include litigating cases before regulatory bodies and in local, state, and federal courts; advocating and advancing legislative action on a state and federal level; public education; and assisting citizens in public advocacy.

The Philadelphia Inquirer called PennFuture the "state's leading environmental advocacy organization;" the Pittsburgh Post-Gazette named the organization "one of the 10 most influential groups on the issue of natural gas drilling;" and StateImpact Pennsylvania, an online collaboration of NPR stations across the state, called PennFuture "the commonwealth's main environmental advocate."