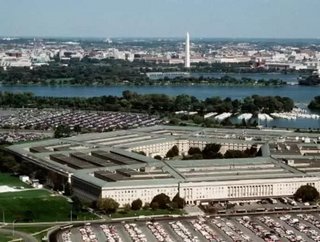 I wish I could say I was shocked to learn that the Pentagon wasted over $30 billion on private no-bid contracts for projects in Iraq and Afghanistan th...

I wish I could say I was shocked to learn that the Pentagon wasted  over $30 billion on private no-bid contracts for projects in Iraq and Afghanistan that will never come to fruition.  However, considering the economic calamity currently defining the United States and its leadership, I’m not surprised.  In an independent inquiry due to be submitted to Congress on Wednesday, the Commission on Wartime Contracting warns of waste and fraud in the Pentagon’s contracting activities.

"Tens of billions of taxpayer dollars have been wasted through poor planning, vague and shifting requirements, inadequate competition, substandard contract management and oversight, lax accountability, weak interagency coordination, and subpar performance or outright misconduct by some contractors and federal employees," the co-chairs of the panel, Christopher Shays and Michael Thibault, wrote in a commentary in the Washington Post.

Examples cited by the Commission include a $300 million power plant in Kabul.  It is feared that the Afghan government will not have the technical means by which to run the plant on its own, nor the funds to sustain its operation.  Other examples of wasteful contracts include a $40 million prison in Iraq that the government there “did not want and that was never finished,” according to Shays and Thibault.

One of the major downfalls in the Pentagon’s contracting process is believed by the Commission to be the lack of competition in the no-bid process.  In fact, no-bid contracts nearly tripled from $50 billion in 2001 to $140 billion in 2010 following the attacks of September 11, 2011.  The Pentagon defends non-competitive no-bid contracts claiming that there is often only one supplier of certain goods and that wartime efforts offer an unusual and compelling urgency. "There have been many instances because of wartime needs where a long, lengthy competitive bid contract process does not serve the needs of the warfighters," says Pentagon spokesman Colonel Dave Lapan.

In one interesting case, U.S.-based company Applied Energetics won a contract worth over $50 million for a futuristic lightning weapon used to detonate roadside bombs.  The weapon, however, failed some tests and was ultimately decommissioned for use.

The Commission’s report, to be officially published on Wednesday, makes recommendations on how to improve contracting activities to ensure this kind of waste is minimized in the future.  It also recommends modifying or canceling completely projects that are unsustainable.  The report claims corruption both by the U.S., the contractors and the host countries where these projects are being developed.

So while bridges, dams, roads and levies here in the United States literally crumble due to a lack of infrastructure redevelopment, Pentagon officials have been lining the pockets of government contractors with billions in taxpayer dollars for projects that are of no use at all.  The Roman Empire fell from within, and if history has taught us anything, it’s that it tends to repeat itself.