Plastics from Plants vs. Petroleum 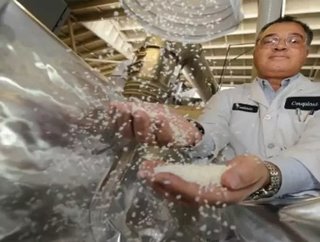 Click here to view this article in our digital reader The U.S. plastics industry accounts for about 10 percent of the countrys total oil consumption. A...

The U.S. plastics industry accounts for about 10 percent of the country’s total oil consumption. And despite widespread public outrage about the harmful environmental impacts of plastic bottles and bags, among other ubiquitous items of daily life, only about one percent of that is recycled. Why? Plastic is cheap and convenient for everyone, and recycling is a confusing hassle. In some cases, it can even do more harm than good. Putting the “wrong” items in a regular recycling bin, for example, can contaminate the stuff that is actually supposed to be in those bins during the recycling process.

Fortunately, technologies and consumer demands for greener products have created an entire industry dedicated to changing the resources used for the products in our throw-away culture—bioplastics (PLA). Derived from renewable biomass sources, such as vegetable oils, corn starch or microbiota, bioplastics are not only petroleum-free, but usually designed to biodegrade.

Of course, that doesn't mean you can just bury a “biodegradable” labeled fork in your backyard and watch it disappear. If disposed of in proper “composting” bins, bioplastics can be recycled at a commercial composting facility and reused continuously. If recycled with other plastics, sorting machines will remove PLA items from PET streams; if burned, toxic emissions are avoided due to its renewable bases; and if PLA ends up in a landfill, it will at least break down a lot quicker than traditional plastics, which could take thousands of years to fully degrade.

Bioplastics have been around for a while, but have generally been held back by their higher costs and issues with heat resistance/durability. However, improved technologies and formulas coupled with high oil prices are creating a bourgeoning commercial market for a variety of alternatives to traditional plastics. Unlike the volatile prices of fossil fuels, crops used for bioplastics are not subject to fluctuations of the price of oil per barrel. Manufacturing also usually takes place at lower levels of heat, further bringing down production costs and energy usage.

One of the leading companies in this arena is Cereplast. Using starches from corn, wheat, tapioca and potatoes, Cereplast Compostables ® replace nearly 100 percent of the petroleum-based additives used in traditional plastics—pulling readily available crops from the Midwest, versus oil from the Middle East.

Cereplast CEO Frederic Scheer is also responsible for establishing the Biodegradable Products Institute (BPI), a non-profit organization that is now the largest biodegradable association in the world. In the following interview, Energy Digital gets a peek into the industry from the expert himself.

Why did you choose to pursue bioplastics?

“You might say that it’s a typical American dream story. The idea started out in my garage with my wife, as I got involved in bioplastics over 20 years ago, at a time when no one really had any interest in bioplastics. I could see that there was a trend moving toward biodegradable and compostable plastic products across many industries. Our company name, Cereplast, has the combination of words ‘cereal’ and ‘plastic.’

Back then, oil was at $6 a barrel and greenhouse gases weren’t properly understood. My vision was to take care of the environment, and I wanted to offer the world eco-friendly products that needed to be made from different resources here in the United States. It was time to create and propose an alternative to petroleum-based products. You can say that I was on a quest to define and educate the market on bioplastics.”

What standards have been set to ensure that products are truly biodegradable or compostable?

“We put an industry standard or stamp of approval on everything we do. I founded the Biodegradable Product Institute (BPI) – a nonprofit association that makes sure every product said to be biodegradable actually met the scientific data to deem it so. We practically wrote the book on defining ‘compostability’ and ‘biodegradability.’ I soon realized that we needed to offer a cheaper and more sustainable resin that was both economically and socially acceptable.

This is when we came up with the term ‘compostable’ and incorporated BPI – it truly was key to allow the industry to flourish. Before that time, anyone could sell a product and state it was compostable/biodegradable. In 1999, I worked with the ASTM committee to establish compostable guidelines in the U.S., and, in 2001, introduced the first compostable line of cups.”

How should consumers dispose of bioplastic products?

“Americans go through 110 billion plastic or plastic-covered cups for example, each year, using and discarding what the Food Packaging Institute describes as 'astronomical numbers' of disposable containers.

Who are your biggest competitors?

“The only real competitor is traditional plastic manufacturers, and that’s because of the nascent size of the bioplastics industry itself. We believe the real competition comes from the entrenched raw materials providers and processors – the large diversified energy and chemical companies. Because bioplastics still comprise such a small percentage of the overall global market for plastics, they have not yet attracted the real attention of the world’s large energy companies.”

What does the future of this industry look like?

“Growth in bioplastics will be fueled by a number of factors, including consumer demand for environmentally-sustainable products, the development of bio-based feed stocks for commodity plastic resins and increasing restrictions on the use of non-degradable plastic products, particularly plastic bags.

Cereplast expects the U.S. market to grow in the next 10 years to $20 billion. The predicted boom will be fueled by demand from a variety of markets including the cosmetics industry, which can boost market share for bioplastics to 30 percent of the total U.S. plastics market by 2020. Freedonia, a consulting firm estimates that the global demand for bioplastics will grow nearly 35 percent annually through 2013. U.S. demand for bioplastics was 200,000 metric tons in 2008 and is forecast to grow to 900,000 metric tons by 2013, creating a market valued at approximately $2.6 billion."

Of course, breaking the plastic addiction won’t be easy. Cereplast's try at a biodegradable SunChips bag for Frito-Lay was met with mass consumer complaints about the louder noise that came with the new packaging, forcing the snack giant to switch back to its original material for the most part. A quieter, second-generation bag is now being tested on customers before other varieties are reconsidered for the packaging makeover.

"I tried to sneak a bag of SunChips in class, but it was so loud I could barely eat half the bag," says an anonymous college student. Ah, priorities. For some, convenience will always trump "green."