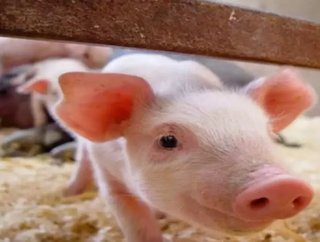 China&#39;s love of pork presents a problem for the environment&mdash;1.4 million metric tons (1.5 million tons) of pig poo a year. But one Australian...

China's love of pork presents a problem for the environment—1.4 million metric tons (1.5 million tons) of pig poo a year. But one Australian firm believes it has the solution to one crappy problem: turn it into power.

Using a bioreactor called “PooCareTM” and other technology, the manure is converted into biofuel for cooking and heating, with remaining residual that can be used as nutrient-rich fertilizer for farmers.

"The benefits are energy and fuel for farmers as well as preventing further contamination of the environment," said Ravi Naidu, chief scientist at CRC for Contamination Assessment and Remediation of the Environment (CRC Care), a South Australian-based firm involved in drawing up the technology.

"So it's really a green technology from that perspective," Naidu, a University of South Australia professor, told Reuters.

Set below the ground, waste is fed through the bioreactor, where pre-determined temperatures convert the solid waste into a biogas that is then pumped through gas tanks that can be delivered to the nearby community. The process typically takes about a month.

Plastics from Plants vs. Petroleum

With about 700 million pigs roaming Chinese farms, the scale of the poo problem is no laughing matter. The potential health hazards associated with that waste could be detrimental.

Each reactor costs about $35,000, but mass production would bring costs down. The estimated worth of the nutrients lost in the waste of one pig alone are around $52 per year. Keep in mind, however, farmers earn around $75 per month. With payoffs like, perhaps the Chinese won't have to fork up the pork.