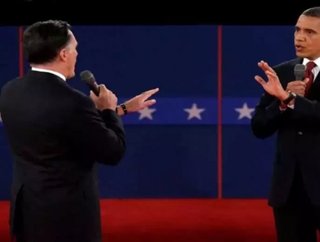 In a heated exchange in the second presidential debate, the focus was onwho would do the most for the coal industryand who would drill even more for o...

In a heated exchange in the second presidential debate, the focus was on who would do the most for the coal industry and who would drill even more for oil and gas on public land.  In stark contrast to this discussion, 100 grassroots organizations with 1.7 million members nationwide today issued a "First 100 Days" clean energy agenda for the next President of the United States. The American Clean Energy Agenda focuses on reducing our reliance on coal, oil, natural gas, and nuclear power, and supporting rapid expansion of renewable energy.

The first-100-days clean energy agenda is an outgrowth of the American Clean Energy Agenda project, which was unveiled in June 2012 and initially supported by 36 U.S. citizen organizations with more than 1.1 million members nationwide.

CSI President Pam Solo said:   "In poll after poll that we've conducted, it's clear the public supports a truly clean energy future.  The public favors energy sources that are not water intensive and do not pose health risks or require unending subsidies from public funds. They understand that it cannot happen overnight and that it will only happen when serious policy making replaces public posturing.  The American Clean Energy Agenda is a call for decisive leadership toward a truly clean energy future."

Heather White, chief of staff, Environmental Working Group, said: "It's not the country that's on the wrong track, it's the debate over our energy future.  We've heard a lot of talk about a gender gap, but Tuesday night in Hempstead we saw an 'agenda gap' on energy policy. No matter who is elected President, Americans want a clean energy path that protects their communities' health and safety, conserves and protects their water resources and is affordable and reliable. The next President must act quickly to get us there in the first 100 days of his Administration."

The first-100-days clean energy agenda calls on the next U.S. President to: