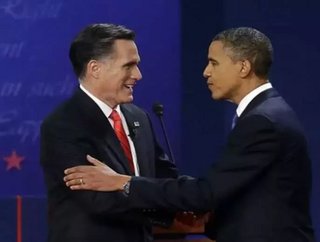 During last Wednesday night's presidential debate, President Obama and Governor Romney discussed jobs, the economy, health care, and regulation. Yet the only mention of the environment was from Romney, who pledged to open up public lands to drilling, extend the tar sands pipeline into the U.S., and befriend coal companies—all to create jobs and grow the economy.

But Pavan Sukhdev, leader of the UNEP Green Economy Initiative and former banker at Deutsche Bank, has a different vision. He argues that, long-term, corporations will only be able to grow the economy and create jobs if they change their approach to consuming the natural resources that industry needs.

In his new book and campaign CORPORATION 2020 (Island Press), he contends that business is in fact neglecting its own long-term future by ignoring the risks that pollution, climate change, water scarcity, marine resource depletion, and other environmental concerns pose to business's bottom line. Moreover, he shows how corporations' contribution of 75% of GDP uniquely positions them to steer natural resource management in the right direction.

Sukhdev explains that corporations can do this through a new framework that changes the way corporations operate and turns our current brown economy into a green one. That framework consists of four crucial reforms:

– Disclosure of externalities, so that the many effects of business on the planet, like greenhouse gas emissions, freshwater usage, and pollution, are accounted for.

–Resource taxation, so natural resources are taxed at extraction rather than the point of sale.

–Limiting leverage, so governments step in to limit the financial risk corporations are allowed to carry and thus reduce the consequences society bears.

As Founder-CEO of environmental consulting firm GIST, Sukhdev has already talked to companies like Puma, Infosys, and Patagonia, which are making these changes and seeing increased profits. He argues that, with this new framework, other corporations can do the same while increasing human well-being and social equity. They can decrease environmental destruction and ecological losses while kick-starting the economy, growing jobs, and increasing the bottom line.