A Profitable, Clean Tech Solution to Grid Congestion in China 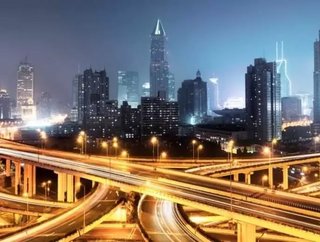 As China&#39;s economy rapidly grows, the energy sector faces two major challenges: an imbalance of supply and demand and a lack of distribution and tra...

As China's economy rapidly grows, the energy sector faces two major challenges: an imbalance of supply and demand and a lack of distribution and transmission infrastructure.

As by far the largest wind power market in the world (with 63 GW installed capacity), China gets more than 30% of its wind market's revenue from federal subsidies—an exceptional amount of support from the government that has adversely caused a massive oversupply issue. In 2011, abandoned wind power amounted to over 10 billion KWh, exceeding 50 percent of the industry's profit. Much of that energy was wasted, mostly positioned near farms lacking sufficient distribution/transmission infrastructure capable of moving excess energy to areas of higher demand.

Due to the large demand for electricity to power large manufacturing facilities, many companies opt out of expensive utility power to produce electricity using on-demand generation techniques.

Unfortunately, wind power is not currently an option for most energy-intensive industries, because wind farms are mostly located in remote areas, lacking labor and other resources to transport the power. Building the necessary transmission cables to do so could cost an upwards of billions of dollars.

Hydrogen generated power, however, offers a prime opportunity for the country's large facilities.

Hydrogen manufacturing, using electrolysis, has been implemented at many large power generating stations throughout the world. First researched and implemented by Norsk Hydro of Norway in 1923 at a large hydroelectric facility, hydrogen generation using a power generating facility’s extra power became a highly profitable means of utilizing what would otherwise be a wasted resource.

In China, hydrogen creates an opportunity to monetize an asset that currently is nothing but a financial burden. Rather than curtailing wind capacity (shutting down turbines when over-producing), onsite hydrogen generating plants could be implemented to utilize the energy created by free wind power. Wind farms’ extra electrical capacity can be stored as hydrogen gas for later use as demanded and converted from H2 into electricity by a fuel cell. This system can range in size from a few kilowatts in capacity (for a residence) up to several megawatts (for a town or grid substation).

As fuel cell technology continues to advance, the Chinese could very easily create the fuel supply for a completely clean and cutting edge energy infrastructure.

One of the biggest barriers to a hydrogen economy is that it necessitates a large amount of energy to create the fuel. Hydrogen is 100 percent clean when burned and extremely energy intensive (about 3x more powerful than natural gas by mass). Unlike natural gas, however, hydrogen is not readily found in nature and must therefore be processed using energy-intensive mechanical or chemical processes, driving up costs. (An average hydrogen producing electrolyser needs about 4.5kWh of electricity to produce 1 m3 of hydrogen gas).

Therefore, producing hydrogen may require the use of electricity generated from unclean sources like natural gas, coal, nuclear, etc. The environmental opportunity that presents itself to China's wind energy market for creating a new revenue stream via hydrogen is exceptional. The glut of renewable energy capacity could potentially create a significant amount of high value, clean hydrogen gas at minimal expense. Operating costs would be limited to the inexpensive maintenance of facilities, while the cost of excess wind to power the generation of hydrogen would amount to zero.

A separate concern with hydrogen networks is the initial capital requirement for a roundtrip hydrogen system to create, store, and convert hydrogen back to electricity. Per unit of energy, a hydrogen system is more expensive than electricity generating equipment for natural gas plants or other fossil fuel plants. That’s why it is especially beneficial to look into pathways leading to the direct use of hydrogen gas in the chemical, fertilizer and mechanical industry.

Beyond the environmental benefits and the economic incentive of a zero operating cost fueling infrastructure, hydrogen systems have an extensive lifetime that could last past 50 years (over 20 years for fuel cells). That long-term payoff makes a hydrogen generating system a much more attractive option for solving a supply/demand imbalance for large scale energy systems compared to the alternatives.

Considering these new opportunities, China could change the face of its remote and rural communities. With a large supply of hydrogen fuel, the applications in energy, transportation, and chemical/industrial/manufacturing will undoubtedly raise standards of living and generate growth, minus the environmental destruction that usually coincides with economic expansion.