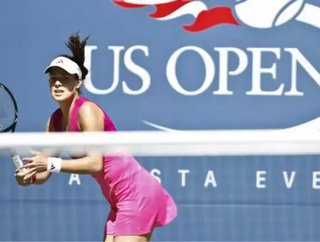 GDF SUEZ Energy Resources, a retail electricity provider to commercial, industrial, and institutional customers, recently announced that it will donate...

GDF SUEZ Energy Resources, a retail electricity provider to commercial, industrial, and institutional customers, recently announced that it will donate renewable energy certificates (RECs) to the United States Tennis Association to match 100 percent of electricity consumption at the 2013 U.S. Open.

The tournament will be held Aug. 26 through Sept. 9 at the USTA Billie Jean King National Tennis Center located in Flushing Meadows-Corona Park in the New York City borough of Queens.

Each Green-e Certified REC represents the environmental attributes of energy generated from a renewable source, such as solar or wind. The donation will displace the estimated annual greenhouse gas emissions by avoiding 529 tons of waste diverted from landfills, the carbon dioxide emissions from 158,195 gallons of gasoline or the carbon sequestered annually by 1,157 acres of U.S. forest.

“We share in the USTA's commitment of pursuing environmentally responsible operations and are honored to support the association once again in their efforts to ensure eco-friendly, sustainable electricity consumption,” said Sam Henry, president and CEO of GDF SUEZ Energy Resources. “This will not only offset the greenhouse gas emissions of this particular event, but it helps support the broader development of domestic sources of cleaner, renewable energy.”

“Thanks to the support of GDF SUEZ Energy Resources, we're bringing more awareness of the importance of green energy to the fans and attendees of the U.S. Open,” said Joseph Crowley, senior director of USTA Billie Jean King National Tennis Center Operations.  “We're doing our part to protect the planet while reinforcing our goal of making the tournament one of the most sustainable competitions in the world.”

The U.S. Open grew out of one of the oldest tennis championships, the U.S. National Championship, which for men's singles was first contested in 1881. Since 1987, the U.S. Open has been the fourth and final Grand Slam held annually, following the Australian Open, French Open and Wimbledon.