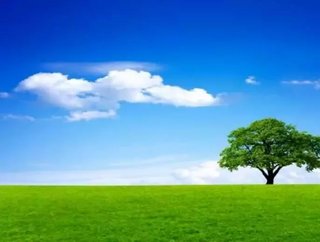 Click here to experience this article in our digital reader Facing a lack of funding during tough economic times, one non-profit nature center in Ohio...

Facing a lack of funding during tough economic times, one non-profit nature center in Ohio has found an innovative approach to funding their mission – in the cemetery.

The Wilderness Center opened Foxfield Preserve Nature Preserve Cemetery in 2008. With a goal of embracing the bodies returned to the earth and decreasing the amount of natural resources used, Foxfield requires the use of a biodegradable casket or burial shroud. Embalming chemicals and concrete vaults are also prohibited. The land is being preserved as native forest and prairie for the public to enjoy via walking paths, and the proceeds of sales go to benefit The Wilderness Center’s education and conservation programs.

“We’ve entered a new phase as an institution. To continue our mission, we are venturing into social entrepreneurialism,” explains Wilderness Center Executive Director, and the driving force behind this new initiative, Gordon Maupin.

While the idea of creating a cemetery to conserve land and fund nature education is an innovative one, Maupin insists there is nothing innovative about natural burial.

“This is certainly not a new idea. We’re really just embracing traditions that were quite common until the Civil War,” says Maupin. “This is the way humans have always buried their dead.”

While natural burial may not be a new idea, Maupin admits that Foxfield has dealt with many public misconceptions and myths. He shares that it can be difficult setting the record straight on a subject which can be so emotional.

“I frequently encounter people who ask if what we’re doing is even legal!” Maupin says with a chuckle. “Many people believe that funeral home practices and cemetery rules are a requirement. When we first meet with them, some don’t even know they have a choice. But we are slowly educating people and changing perceptions.”

According to Maupin, there are lots of myths circulating about natural burial. One initial fear that he heard was that disease would spread if a body wasn’t embalmed. This fear has been disproven, according to Maupin, with some simple biology. Once a host organism dies, any parasite living on it will also perish. Any lingering fear of disease spreading in underground water is also unfounded, as the microbes living in the soil can break down anything to its harmless, basic elements.

Another big myth is that animals will disturb the gravesites in nature preserve cemeteries. “No way,” says Maupin. “Animals aren’t going to disturb something buried that deep.”

While the idea may take some by surprise, many families have found this simple approach to funeral arrangements to be incredibly meaningful.

Ken Buzzelli of Brecksville, Ohio, interred his late wife at Foxfield. He considers himself an advocate for natural burial and for the Preserve. “Foxfield is peaceful, an oasis that encourages tranquil thoughts and fond memories. Every time I visit, I thank Laura for bringing me to such a wonderful place – I feel it is a gift from her each time I visit. And what a legacy to leave your loved ones!”

Foxfield Preserve is a nature preserve cemetery operated by The Wilderness Center. It is the first “green cemetery” operated by a non-profit conservation organization in the U.S. and the first of its kind in Ohio. The organization provides an economical, environmentally friendly alternative to modern burial as fewer resources are used in natural burial.