The Rise of Boiler Scrappage Schemes 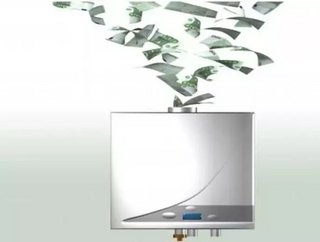 Heating is an essential householders tend to not feel too guilty about when it comes to being green. Yet heating systems ─ particularly inefficient...

Heating is an essential householders tend to not feel too guilty about when it comes to being green. Yet heating systems ─ particularly inefficient boilers ─ are major polluters, and the least environmentally-friendly boilers can increase household energy bills significantly.

In the UK, providing financial incentives for consumers to replace old products with greener alternatives has become extremely fashionable.

Last May it was the Car Scrappage Scheme ─ something also adopted in Germany and France (and US by a different name) ─ that offered consumers a £2,000 discount on a new car if they replaced a vehicle at least 10 years old. About 300,000 vehicles were sold through the scheme between May and December, says the Society of Motor Manufacturers and Traders.

This ‘scrappage’ idea was picked up by the heating industry last summer when Mick Williams, the boss of a south of England plumbers’ merchant, started a campaign for a similar scheme for boilers. Consultancy firm Deloitte says inefficient boilers account for up to 60 percent of domestic heating’s carbon emissions in the UK.

Within months, Chancellor Alistair Darling had announced a £50m Boiler Scrappage Scheme for England only. Since January any household with a G-rated boiler – the most polluting – has been able to claim a £400 voucher to help with the costs of upgrading. The scheme is being overseen by the Energy Saving Trust and should mean that 125,000 homes will get a greener boiler. The politicians claim that replacing these old boilers is the equivalent of taking 45,000 cars off the road in terms of CO2 savings.

There are concerns, however, that many householders can’t tell if they have an inefficient Band G boiler and won’t be bothered to ask an installer to assess it. There have also been teething troubles since January with the Energy Saving Trust reporting a backlog of applications that has forced it to increase the size of its call-centre.

Nevertheless, the publicity surrounding inefficient boilers has been welcomed by the wider heating industry. It hopes more householders will at least consider upgrading to a more energy-efficient boiler even if they are not eligible for a £400 voucher. Installing a greener boiler can save up to £200 a year on energy bills.

Welsh Environment Minister Jane Davidson recently announced more than £4m could soon be spent on a Welsh version while in Scotland the campaign for a boiler scrappage scheme is being led by Labour MSP Sarah Boyack.

Across the pond, The American Council for an Energy Efficient Economy agrees that heating is the largest energy expense in most homes, accounting for between 35 and 50 percent of annual energy bills.

There are no plans for a US Boiler Scrappage Scheme yet, but The American Recovery and Reinvestment Act of 2009 did extend many tax incentives originally introduced in the Energy Policy Act of 2005. Consumers who purchase and install specific products, such as an energy-efficient boiler, receive a tax credit for 30 percent of the cost, up to a limit of $1,500 per home.

The tax credits are only available if consumers upgrade to a boiler that meets an Annual Fuel Use Efficiency (AFUE) rating – a measure of overall performance – of 90 percent or higher. Boilers manufactured since 1992 must have an AFUE of at least 80 per cent but many older boilers have AFUE ratings as low as 55 percent.

In the long term, tax credits might prove to be a more effective way rather than scrappage schemes to encourage Western consumers to invest in greener boilers.

The pressure group Friends of the Earth has called the English scheme “pathetically small.” Indeed, according to figures gathered by the Heating and Hot Water Industry Council there are actually 4.5m Band G boilers in use across the UK rated at less than 70 percent efficiency.

The tax credit system in North America is linked into the Energy Star program run jointly by the US Environmental Protection Agency and the US Department of Energy.

This initiative awards an Energy Star rating to boilers with an AFUE rating of 85 percent or higher. These products tend to include electric ignition so a pilot light does not need to burn all the time, while more effective combustion technology means more heat is possible from the same amount of fuel.

However Randy Rawson, President of the American Boiler Manufacturers Association (ABMA), does not want the US government to totally dismiss the idea of a voucher-based scrappage scheme similar to the one in England.

“A decent level of incentive for householders to replace their aging and inefficient boilers would have a tremendous impact on the boiler and related equipment industry in the United States,” says Rawson. “It would vastly increase efficiency and lower overall emissions simply through the replacement of older systems.”

He does not expect a scrappage scheme to happen any time soon, though. “Given the size of our federal budget deficit I am not encouraged to think that our government will provide any ‘cash for clunkers’ incentive program over and above what is already in place.”

Canada shares the Energy Star qualified products list with the US and the list is located on the Natural Resources Canada website (www.nrcan-rncan.gc.ca). Residential gas boilers in Canada must have an AFUE rating of at least 80 percent.

There is no boiler scrappage scheme there either, but the Government of Canada’s Economic Action Plan does include the ecoENERGY Retrofit program, which awards grants of up to $5,000 per dwelling to homeowners that make energy-saving home improvements. This includes replacing an old heating system with an Energy Star qualified condensing boiler with a 90 percent AFUE or higher, or a qualified oil boiler that has an 85 percent AFUE or higher.

The Canadian government is selling the idea to the country by claiming that less money spent on heating consumers’ homes will mean more money to spend across the wider economy.

In the UK the car scrappage scheme was extended because of its popularity and it is possible more government money could be found to expand the boiler version. Should it prove successful we can expect green campaigners to call for it to be adopted elsewhere in the world.
rise-boiler-scrappage-schemes
Share
Share